MIUI, the custom ROM present on all Xiaomi smartphones (with the exception of Android One), has repeatedly been blamed for major shortcomings, such as the application drawer or the poor customization possibilities.

On the occasion of the launch of POCOPHONE F1, Xiaomi has created POCO Launcher, equipping it with a drawer, supporting the themes and the possibility of automatically grouping the applications, even by color of the icons. Now, a new one called Mint Launcher has arrived to the Play Store, which incorporates most of the POCO Launcher functions. 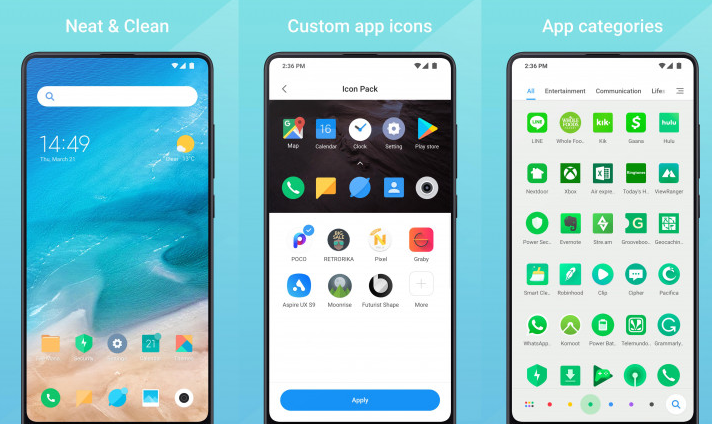 At the moment, Xiaomi launcher is compatible with very few smartphones, probably due to some technical problems, but it is possible to download the APK file and test it on any smartphone equipped with Android 5.0 Lollipop or higher.

It looks like the POCO Launcher, from which it differs due to the absence of some features, such as the ability to group apps by color, and for a different Settings page. For the rest it will be difficult to find differences between the two applications that look like twins.

After Mint Browser comes this new launcher characterized by extreme speed and fluidity, obtained with minimal functions and very light graphics. Here is a link to download Mint Launcher from the Play Store, while via this link you can find the APK file. 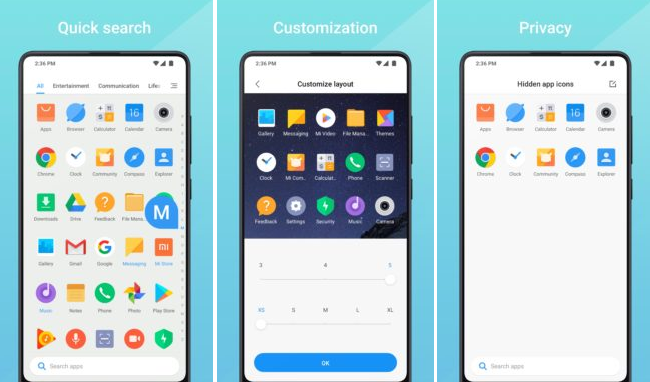 Previous OnePlus 3 and 3T: the company is looking for beta testers for OxygenOS with Android 9 Pie

Next Huawei Mate 30: Kirin 985 will bring a new technology with enhanced performance