HTC opened a huge conference in Shenzhen today, and also launched a new HTC Vive Focus Plus all-in-one VR equipment. The Vive Wave ecosystem looks good. On the other side, Qualcomm is pleased to say that HTC Vive’s xR development also has its strength. This cross-praises are not accidental. HTC’s Vive division will use Qualcomm’s technologies for xR standalone and 5G smartphone in its Vive Wave mobile virtual reality platform. This cooperation will also help headset makers deploy inexpensive headsets for augmented reality or virtual reality.

That future of inexpensive xR (extended reality, including both augmented reality and virtual reality) headsets is coming pretty fast. At the GDC2019 Game Developers Conference, which ended last week, Qualcomm announced a PC-based wireless xR reference design based on the Snapdragon 845. It is optimized for separation between PC and VR head-mounted devices. Also, it supports wireless low latency transmission through 60GHz UHF Wi-Fi. 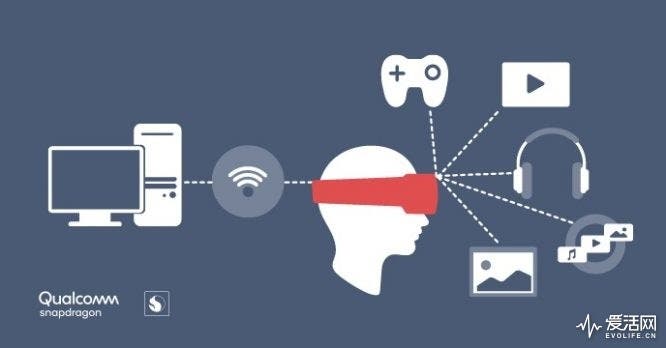 The PC-oriented wireless xR solution is even more powerful in a dual-mode, non-integrated 6DoF head and controller tracking, without the need for external sensors. It can be connected to the PC via a wireless network when close to the PC. But when it is not next to the PC, it is a stand-alone xR all-in-one headset. At present, Pico is ready to launch a new Pico Neo 2 model, based on this design in the second half of this year.

With this solution, HTC Vive can also launch VR content for smartphones with the popular USB Type-C interface, as HTC Vive’s VR-related SDK has been pre-integrated into the Snapdragon chip. With the 5G landing in the public this year, can xR seize this opportunity to take off again?

Previous eSIM - the Road to the Internet of Everything (IoE)

Next New leak reveals Xiaomi Mi 9X specs, could be released in April