The upcoming OPPO Reno just got a bit more real. The company’s VP only recently confirmed that the SD 710 powered version of the device will use heat-conducting gel and graphite sheet to dissipate heat, while the top-end SD 855 powered variant with the 10x loss-less zoom version will use a copper tube and liquid cooling, and now a new video and case renders of the device have surfaced online revealing some fine details about the device.

Starting off with the video, the OPPO Reno is seen with a pop-up camera system that only partially pop-out on one side, unlike the NEX and other look-alike phones with the pop-up system that elevates evenly on both sides. You have to view the video to appreciate the unusual design.

On the flipside, the device is seen with a dual camera system, with no 10x zoom sensor, and no fingerprint sensor in sight, which suggests the OPPO Reno showcased here could come with a side mounted scanner or an in-display fingerprint scanner.

Some number of the alleged OPPO Reno leaked render have also shown up online corroborating the leaked video above. The render has a large cut out on the top for the slightly protruding selfie camera setup, a USB-C port, 3.5 mm, audio jack and as well as two cutouts for the rear cameras. A close look reveals the renders have just two buttons, perhaps the power and volume slider, and no dedicated button for the company’s voice assistant called Breeno. 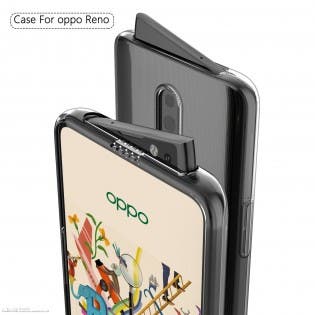 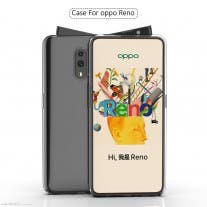 Next 30% off for CHUWI products during the Aliexpress 3.28 promo