Yesterday, Li Xiaolong, vice president of Huawei’s mobile phone product line re-exposed the upcoming Huawei 40W power charging technology. The company said that the 15-inch Apple MacBook Pro supports 20V2A input and can be charged. However, it is still unclear whether this charging technology can be used for heavy-duty programs. According to Bruce Lee, Huawei’s 40W charging treasure will be sold on April 11th. 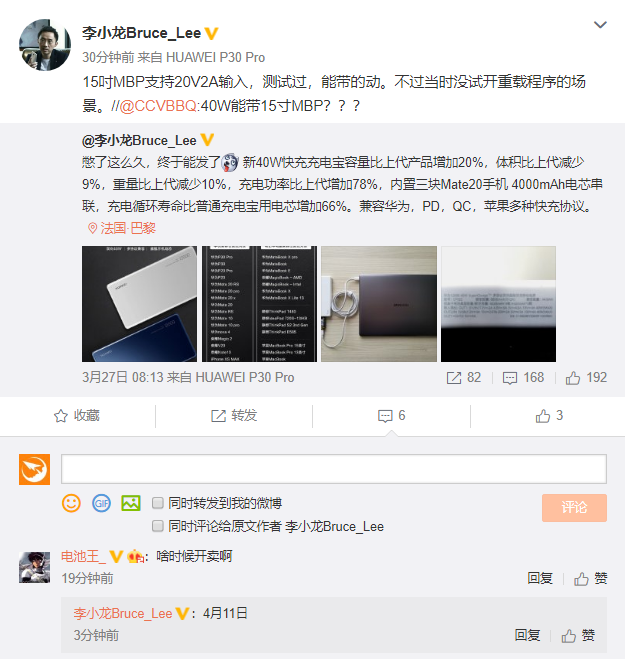 According to previous reports, when Bruce Lee first exposed the charging technology, he connected it to the Huawei MateBook through the data cable. From the power test chart, the mobile power supply may support 40W PD fast charge, which can charge the notebook. 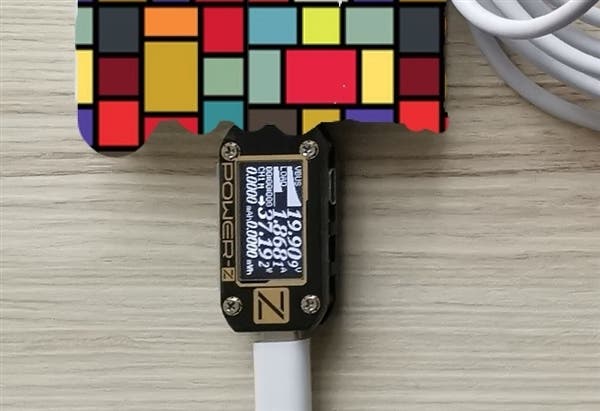