At the end of last month, Huawei’s consumer business CEO, Yu Chengdong, revealed in an interview that Huawei’s first 5G mobile phone, Huawei Mate X, will hit the market in June. At present, this new foldable 5G smartphone has been put on the Huawei Mall. However, the specific date of sale and quotation was not listed. 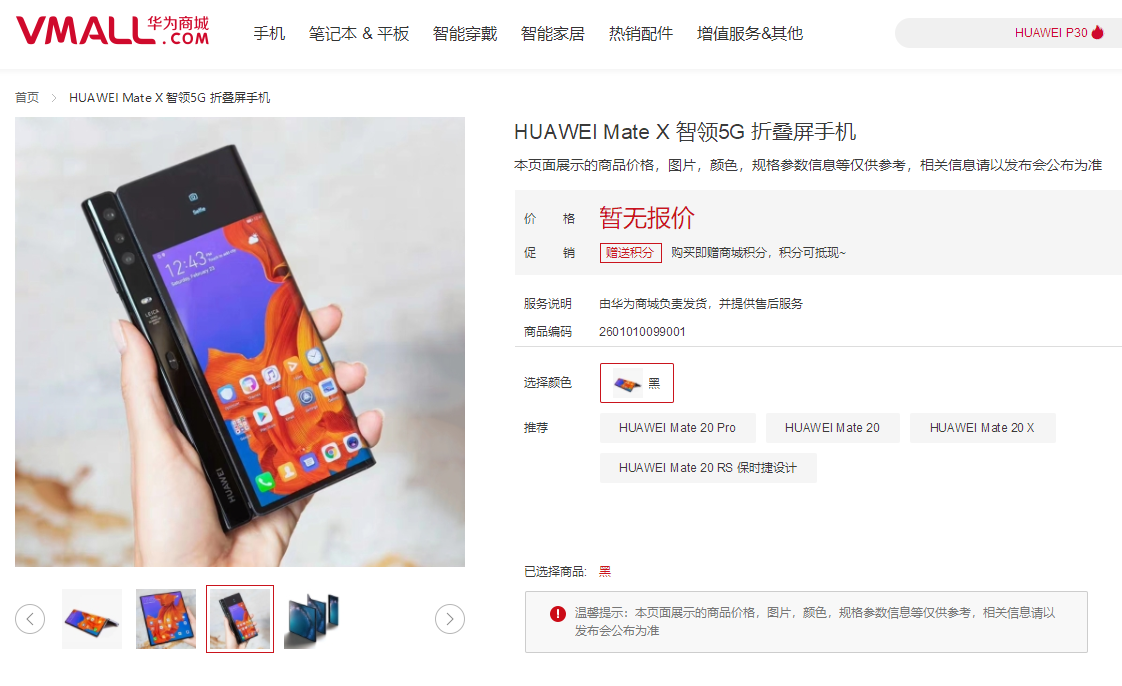 The Mate X debuted at the Mobile World Congress in Barcelona (MWC2019). Its innovative eagle-wing folding design fits snugly when folded, and flat/natural when unfolded. At the same time, the power and fingerprint use the same key which is cleverly integrated into the thin border.

At the same time, Huawei Mate X is the first to support the SA and NSA networking modes. When the operator switches to the SA network, there is no need to change the device. In addition, Huawei Mate X also has a built-in 4500 mAh battery and supports 55W super fast charge. According to the official introduction, it takes only 30 minutes to charge up to 85%.