Taiwanese smartphone manufacturer, HTC, has not had the best of times in the smartphone market in recent times. The company’s market share has been plunging for quite some time and it appears that it is gearing up to quite the smartphone market. According to Android Library Statistics, HTC has expunged 14 self-developed applications for mobile phone from the Play Store since February 2019. The removed apps include Sense launcher, HTC calendar, HTC mail, HTC contacts and so on. Now, there are only a handful of apps related to Vive. Be aware that these apps will be pre-installed on its phones as a core component. 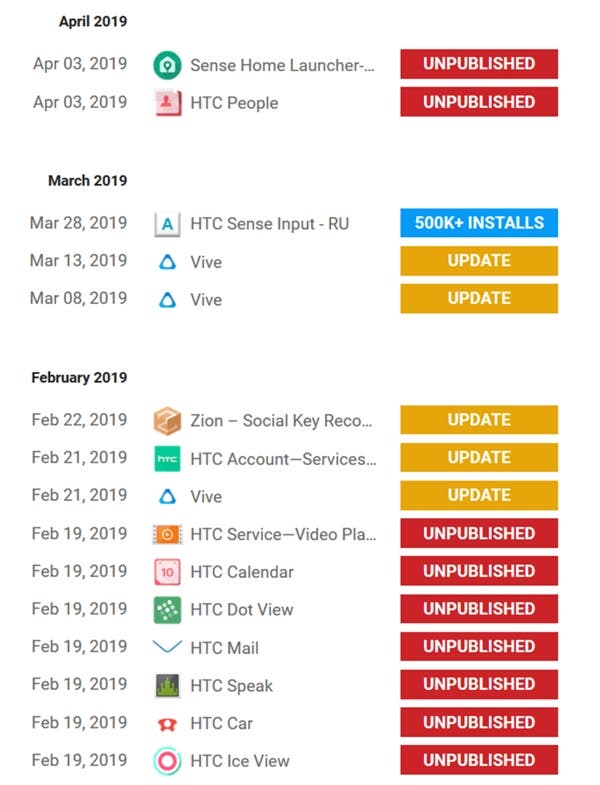 There are many interpretations of this situation, both optimistic and pessimistic. The optimistic side believes that rumors the Taiwanese manufacturer will deepen the Android One ecosystem in the future, so using Google’s native APP is obviously more convenient than it is to maintain its own unique APP. The pessimistic side believes that it is preparing for the complete closure of its smartphone business. After the core design team is packaged for sale to Google, HTC’s smartphone development is weak.

As a pioneer of the Android ecosystem and early wavers, HTC has now fallen out of the top 10 in the world. After being absorbed by Google, the remaining value of HTC smartphones is no longer important. Even if it wants to sell, not many companies will be interested. Recently, there were reports that Sony may choose to take the brand license (similar to what happened between Nokia and HMD). However, nothing concrete has been agreed.

Next Xiaomi makes over 20 million Yuan (∼$2.9 million) from its new Mijia vacuum cleaner