This Wednesday, the Japanese government approved the country’s four mobile operators to build 5G wireless network plans and asked them to build a 5G network covering Japan throughout the country within two years.

Applications submitted by NTT Docomo, KDDI, Softbank, and Rakuten were approved by the Ministry of Internal Affairs and Communications of Japan on Wednesday. E-Commerce group Rakuten is a new entrant to provide 4G services since October last year.

Four mobile operators in Japan are planning to start commercial 5G services in 2020, later than the US and South Korea that launched 5G network services last week.

The Japanese government hopes that the telecommunications industry will build 5G infrastructure on a broader basis, from large cities to rural areas. The government also hopes the program will enable autonomous driving and telemedicine and help the country make up for its shortage of human resources.

The conditions for operators to obtain 5G spectrum include the provision of services in all counties within two years. The Ministry of Internal Affairs and Communications also divided Japan into 4,500 blocks, requiring operators to build base stations in at least half of them within five years.

This requirement will force mobile operators to make difficult trade-offs: on the one hand, this requires huge investments, and on the other hand, it is quite profitable.

The government is already putting pressure on operators to reduce service rates. Rakuten has a target audience of 15 million and it is expected that the entry of the operator will intensify price competition.

Based on the Japanese media information, the distribution of 5G spectrum obtained by the four operators is as follows:

Read Also:  It's 2022 and Japan is still using floppy disks? 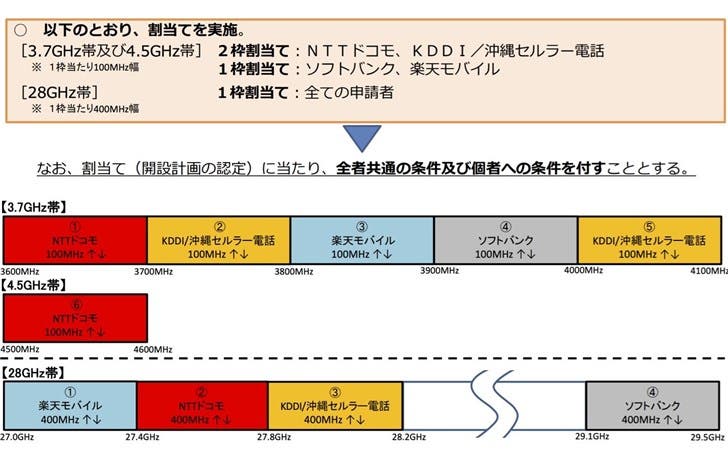 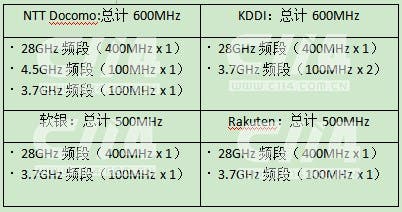 Previous Folding is not enough, LG also wants to add a transparent screen

Next Big battery UMIDIGI Power launched with a giveaway event