Good news for Samsung Galaxy S10 and Galaxy S10+ owners who are not entirely happy with the responsiveness of the fingerprint recognition sensor integrated into the display: the developer team of the Korean giant, in fact, has released another small update that should improve its functioning.

And according to the comments of the first users, it seems that the new software version (V2.0.8.4) of the top-of-the-range biometric smartphone sensor from Samsung has actually improved the accuracy of the fingerprint recognition system. 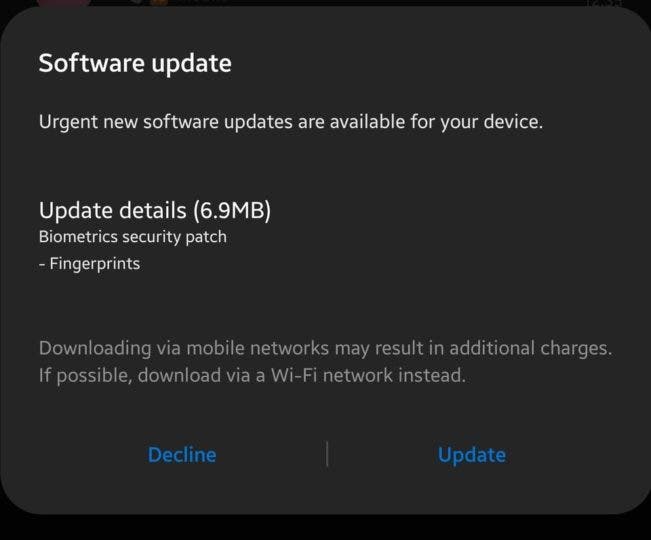 This is an update that is released on the server side and, therefore, there is nothing to download in order to have it immediately on your device. At the moment it seems to have already been released in Germany and Poland but there are some reports also in models sold in the Netherlands and the United Kingdom.

Within a few days, it should also arrive yours. Just a little more patience.

Previous PUBG gets a total ban in Nepal