Recently, the general manager of Xiaomi TV Department, Xiao Xiaoshuang, announced on Weibo that some Xiaomi new products will arrive this month. A few days ago, Xiaomi TV officially released a preheating poster, announcing the 2019 spring new product launch conference. This is a Xiaomi TV conference and it will hold in Beijing on April 23. 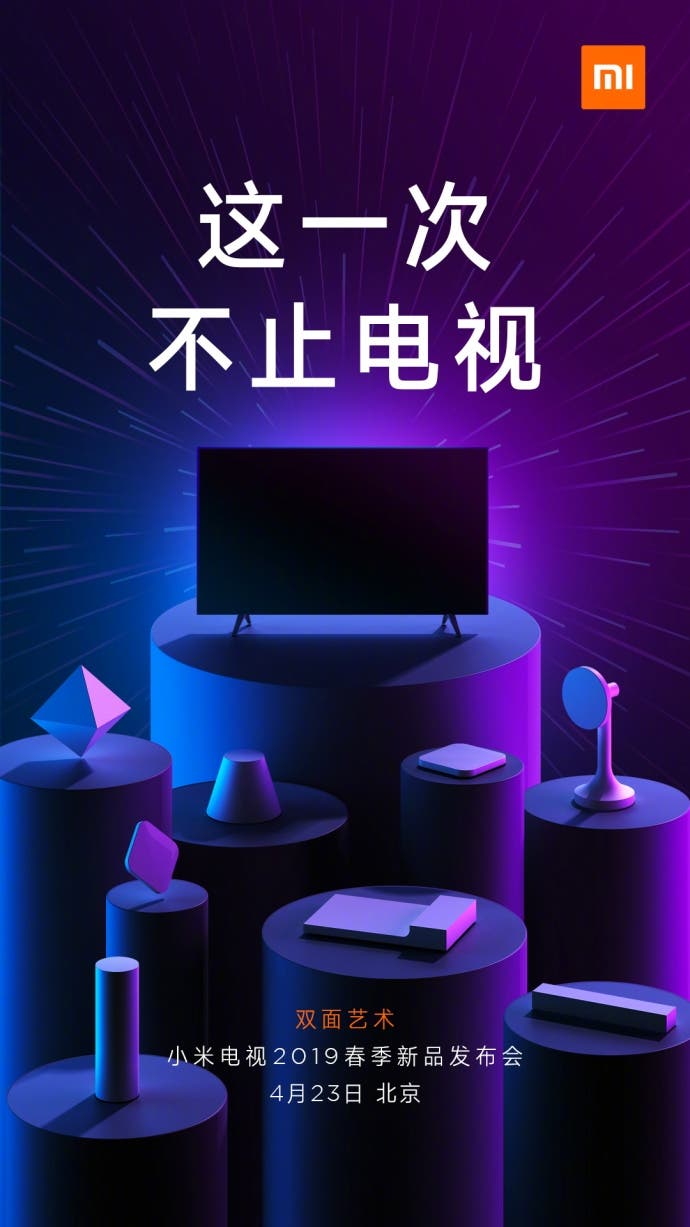 Xiaomi TV official has released a number of warm-up posters and the theme of the conference is “double-sided art”, which suggests that the remote control will evolve again. Xiaomi also hints that the thickness (or border) of the new TV product may bring surprises. This afternoon, Xiaomi released another preheating poster revealing that the new product(s) of this conference is not only a TV but also many mysterious new products. It appears that a number of Xiaomi home products will be released.

From the poster, in addition to the TV, there are suspected table lamps, smart scales, speakers, TV boxes and other products. From what we see in the poster, the company could release as many as eight products. In other words, there will be a lot of new Xiaomi products on the April 23rd conference. We have to keep our fingers crossed to see what Xiaomi has for us. Which Xiaomi home product will you like to see?