With over two billion monthly active users on the Android operating system, there is no doubt that Android is a leading force in the world of smartphones and other internet-enabled devices powered by Android. The growing popularity and adaptability of the operating system is no doubt appreciated by millions of users, but is also criticized by leading security experts.

As Android makes our lives easier, it also exposes our data to malware, ransomware and other malicious activities. If you are using Android on tablets or mobiles for business or personal use, security should be your number one priority.

Applications are the core of what we do on our smart devices. The first rule of Android security is to download apps only from the Google Play Store where the apps are checked by moderators and authorized by Google.

For added security, disable installation from third-party sources, even if they are not suspicious. While Google Play keeps a close tab on developers, as a user, you must stay alert by at least going through the developer’s profile where you can see their previous work and apps.

Reviews are crucial to your decision-making process of installing an application. Skim through the user reviews for an additional insight on the app. Whatever you do, don’t download .APK files from the internet as they are not regulated by Google.

VPNs have come a long way. From just unblocking websites to providing encryption and malware protection, VPN services have become the epitome of Android security. Renowned VPN service, PureVPN-the best Android VPN, provides users with the ability to route their internet traffic with over 2,000+ servers based in over 140 countries.

Apart from unblocking, PureVPN provides your Android phone with AES 256-bit encryption that secures your phone’s internet communications when connected on public and private networks. That’s not all, the VPN service comes packed with anti-malware and anti-phishing capability which keeps you far away from malicious software. With DDoS protection, you stay clear of cyberattacks and snoopers from any corner of the world.

PureVPN is your one-stop solution for your internet needs. Once connected, you can carry on browsing the web, access social websites in countries where they’re blocked, and do much more all under the umbrella of the highest graded encryption.

Apps with millions of downloads are less likely to be malware, however, always carefully examine the list of permissions requested by the app. Think about it, why would a game need access to what’s stored on the SD card or your phone book?

Antivirus applications are common and provide a decent level of security. Using your Android device without an antivirus is like opening a gateway to hackers and intruders.

Regularly update your applications on the Android device and check for any updates available on the Android operating system. By habitually updating the applications, you minimize the risk of security vulnerabilities as each update comes packed with necessary builds that fix bugs and loopholes.

While you can set the updates to download and install automatically, it’s best if you manually check for updates on a regular basis. You never know when an app might be exposed to hackers and all it takes is moments of lapse to have your data exposed to hackers.

Every version of the Android operating system is frequently updated to better prevent its ecosystem from hackers. Android is not new to data breaches as the system has been targeted multiple times, resulting in loss of confidential information and millions of dollars. 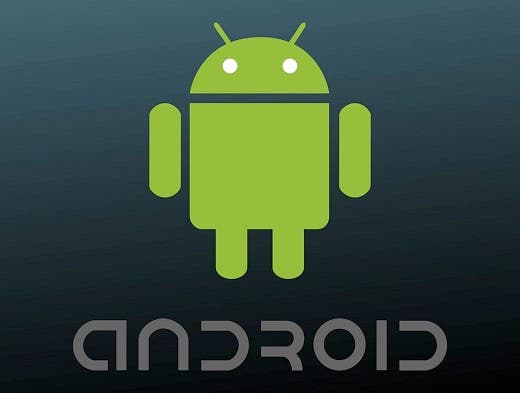 An unsecured Wi-Fi network can seem like an easy and free access to the internet, and while that’s the case, if you’re using an out-of-date version of Android in particular, it could prove to be dangerous.

With advancements in tech, phony Wi-Fi networks can be used to stage a ‘middleman’ attack, where any inputted data can be intercepted by a third party – including login passwords and users’ personal details, such as their credit card numbers.

While we understand that it’s tempting to connect to a Wi-Fi network that does not have a password, it must be noted that most of these networks ask for your email ID or other information which can then be used to target you specifically.

Truth be told, games and a great camera are the first things we look for when getting an Android device. The idea of free gaming is that the developer runs ads like intervals when you’re playing a game. You’ll mostly get ads between laps or when you get knocked out.

With a tempting message on popup ads, it might be hard to ignore them but ignoring it is for the best. For all you know, that ad leads to a website than downloads a spyware in the background or worse, takes control of your device.

Be sure to remember these security tips when you’re using an Android device. Also, make a habit of keeping yourself aware regarding happenings in the tech industry so you know what’s going on around you.