Google Maps is one of the most reliable navigation applications and, for many, it has become an essential application on all smartphones. Google has been adding many useful functions to the application but the app will soon receive an amazing feature that is currently in the testing phase: augmented reality support.

With the AR, navigation on Google Maps will be much more useful. The walking instructions are superimposed on a live image of the environment, as can be seen in the following photo that was published on Reddit by users who are already testing it. 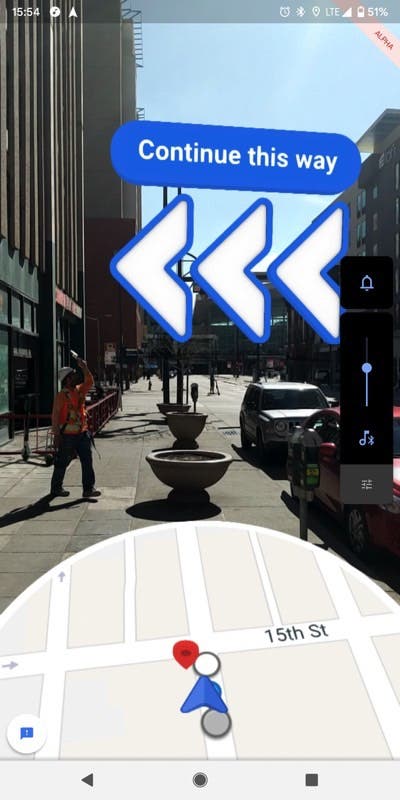 You will no longer have to switch between looking at the phone and the environment. Google Maps will combine information from your camera and your phone’s GPS to show you where you are and where you need to go.

One of the drawbacks of using Google Maps AR for walking directions is that it consumes more battery power than normal navigation. But users who have used it say that for navigations on foot, you only need to use the AR function for 5 to 10 seconds each time you turn.

In order to use AR browsing in G Maps, you must ensure that your device supports AR Core. It is not clear when this Google Maps feature will be extended to all Android and iPhone users, but maps and navigation are a field in which augmented reality makes a lot of sense.