LG mobile business recorded a 12% slide in revenue in the first Quarter of 2019 compared to Q4 of 2018 – the fifteenth consecutive quarter loss. However, the Korean firm has hopes of getting to its feet with the success of 5G devices like the upcoming LG V50 ThinQ. The firm had earlier in April pushed back the V50 ThinQ’s launch earlier scheduled for April 19 to a later date in May.

While LG only noted that it wanted to “concentrate on the completeness of 5G” before launching its new flagship phone, the latest scoop from Korea says the firm has concluded plans to roll out the 5G compatible device beginning fromMay 10. By delaying the LG V50 ThinQ 5G launch, LG might have just avoided falling in similar it as Samsung’s 5G compatible Galaxy S10 Galaxy S10 5G whose users struggled with poor 5G connectivity and an inability to switch to 4G LTE, though the fir has reportedly fixed the issues, but the update didn’t help much. 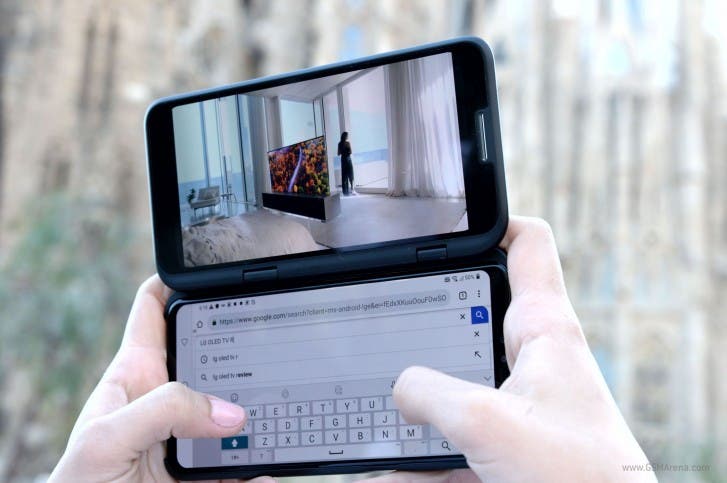 LG mobile is partnering with three Korean carriers which will sell the LG V50 5G at 1,199,000 won ($1,027 USD). Other than its support for the ultra-fast 5G mobile network, the LG V50 ThinQ 5G highlights a dual Screen attachment which offers a secondary display with a 6.2-inch 2160×1080 OLED screen. These two screens can run separate apps, you can use multi-window to divide each screen in two, or you can use one screen as a controller for games, and that is more, it gets its power from the main battery and as such need no extra charging. The is perhaps LG’s answer to Huawei’s and Samsung’s foldable devices for now, and it is hundreds of dollars cheaper than the failed foldable device from Samsung.