Google released the Android 10 Q beta 3 to a number of  non-pixel deices a few hours ago, and while the next Android version would not be out finally until this summer on Pixel phones, and then make it to other Android handsets, a number of phone makers are already mulling optimizing their devices in preparation for the final/stable release.

While only the Huawei Mate 20 Pro is the lone Huawei phone that formed part of the 21 phones from 13 brands (including Pixel)  that got the third Android Q system Beta recently, the Chinese brand Huawei has already released its first tranche of smartphones tipped to get the stable update once it is made available later in summer. 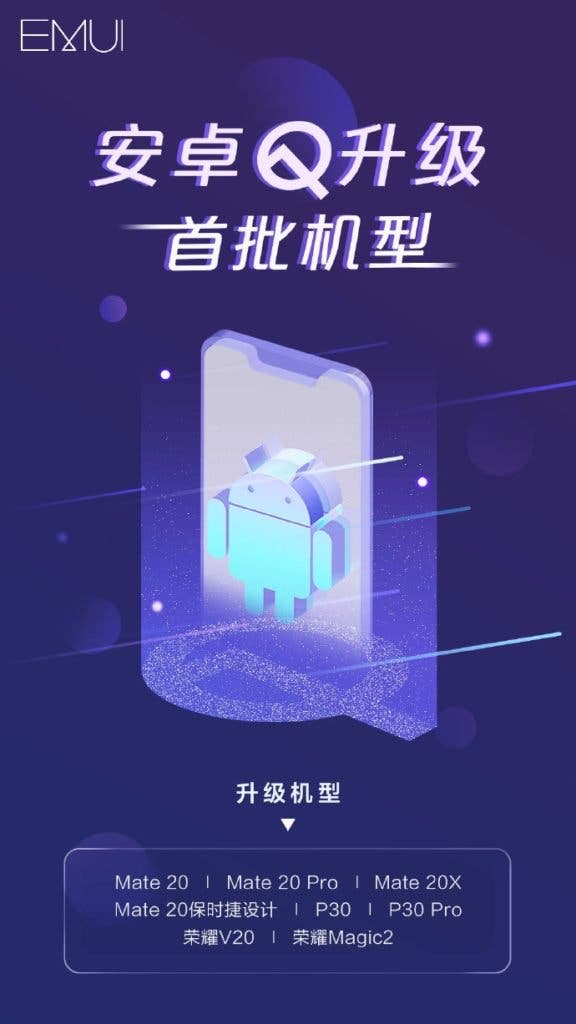 Other devices will definitely follow,  though it’s hard to come up with an exact timeline when this will happen, we expect that to be soon after Google releases the final and stable version of its 10th Android OS which might not happen until August this year. As expected, the new Android 10 Q will come with a couple of new features including full-screen swipe gestures, dark theme and more.