We’re in the midst of a smartphone launch fest in what is the busiest month of 2019 for the mobile handset industry. A couple of high profile launches have taken place in the previous two days already and now Motorola has joined the frenzy with the debut of the Motorola One Vision in Brazil. The heavily leaked smartphone is the only handset this year to feature the hole-punch design along with an Exynos processor as its highlights. The handset will have a €299 (~$335) price tag in Europe and availability is scheduled for the middle of May while other regions like Asia and Australia will get it later.

Starting with the biggest attraction, the screen is a 6.3” FHD+ (1080 x 2520) display with an awkward 21:9 aspect ratio called CinemaVision by Moto. We don’t have the exact numbers but the punch hole is quite big, more than on any other phone we’ve seen. Under the chassis, there’s an Exynos 9609, a 2.2GHz octa-core processor that works behind the scenes. 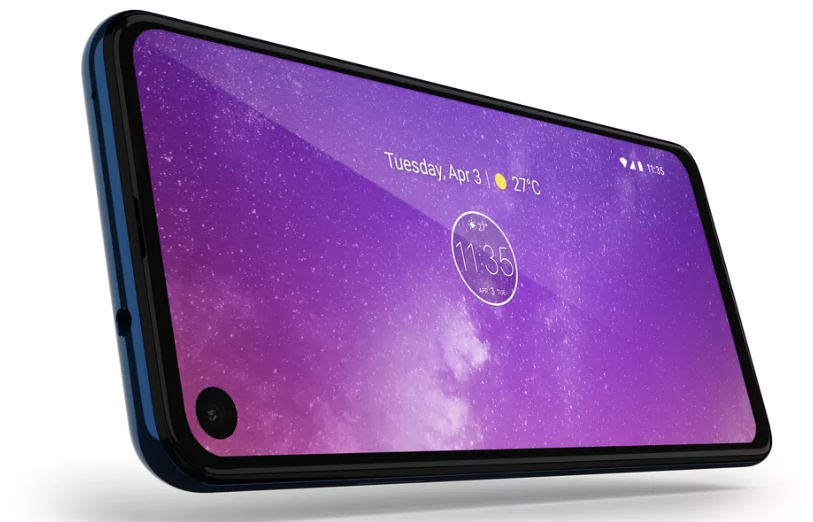 The other big highlight is the camera sensors on the back and the front. The rear has a dual setup with a primary 48MP f/1.7 Quad Pixel camera with OIS, and a 5MP depth sensor. Notable camera features include Night Vision and 8x digital zoom. The front sensor is a 25MP f/2.0 Quad Pixel selfie shooter. The Motorola One Vision packs in a 3,500mAh battery and comes with a TurboPower fast charger. It is under the Android One program and although comes with Android Pie will be updated to Android Q.

The Motorola One Vision has a premium glass build and smooth rounded edges and will be available in just two colour options – Sapphire Blue and Bronze and.