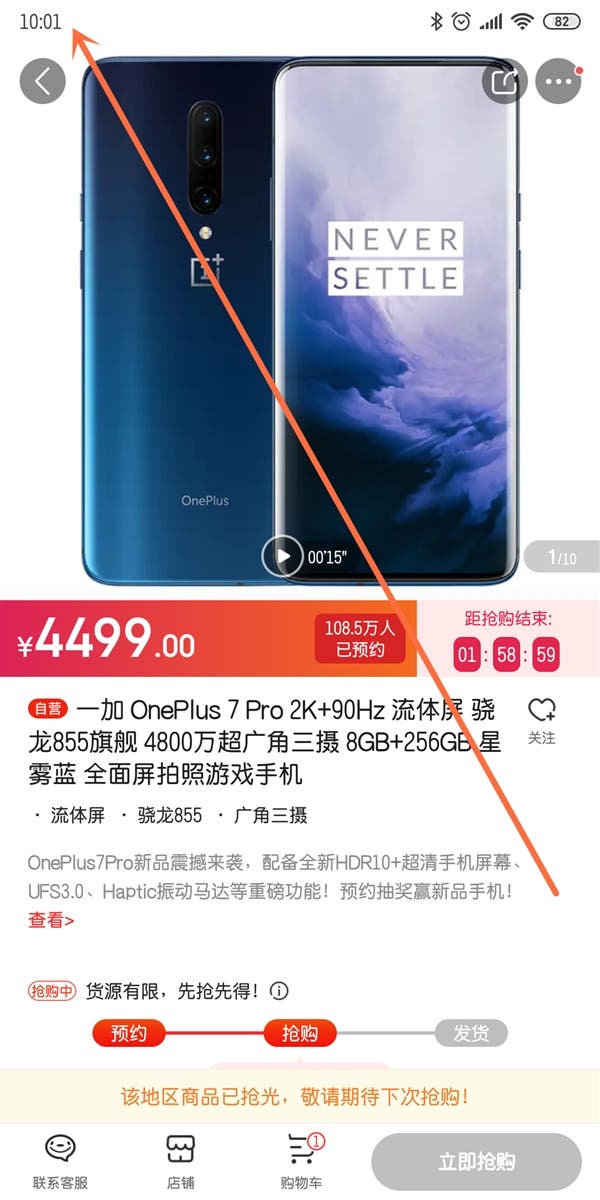 As expected earlier, a version of the OnePlus 7 Pro took only a minute to sell out on Jingdong and this is the Star Blue 8GB + 256GB version. At noon today, OnePlus CEO, Liu Zuohu, announced on Weibo that the OnePlus 7 Pro net sales exceeded 1 billion yuan (∼$144 million) in one minute, and won the Jingdong full platform single product sales champion. Liu Zuohu said “This speed is really ‘Go beyond speed’. This is a 5,000 yuan mobile phone! The units sent abroad were urgently transferred back to the Chinese market.” It is reported that the smartphone will be on sale again on May 23. 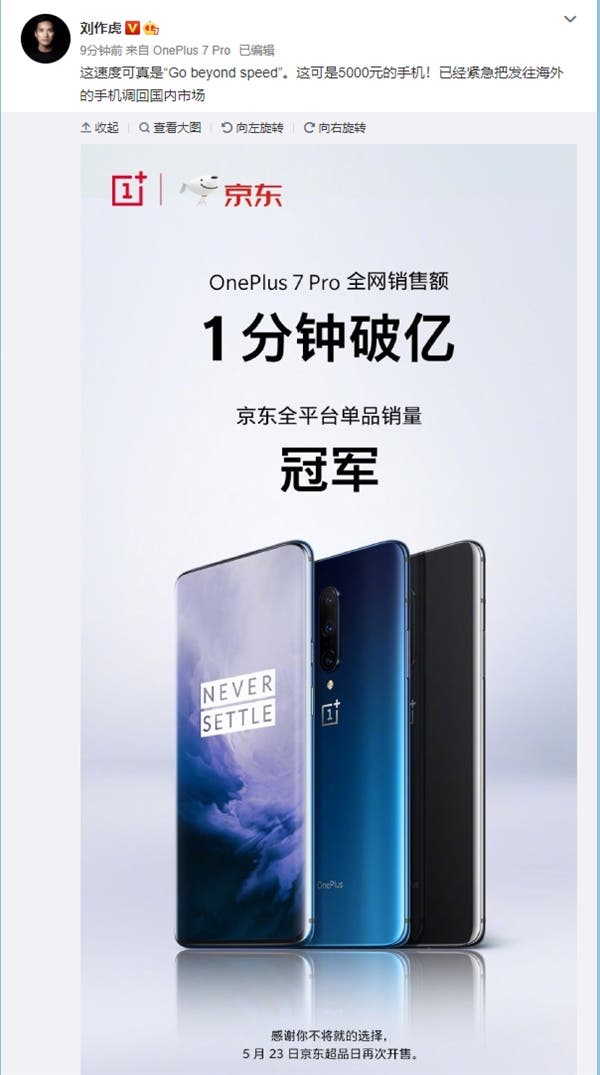 One Plus 7 Pro uses a 6.67-inch 19.5:9 flexible AMOLED display with a resolution of 3120×1440, a pixel density of 516PPI, and a maximum brightness of 800 nits. It comes with support for HDR10+, global DC dimming and it has DisplayMate A+ top rating. It is powered by the Qualcomm Snapdragon 855 flagship platform with up to 12GB of RAM and 256GB of internal storage. On the rear, we have a 48MP+8MP+16MP triple rear camera which is supported by 16MP selfie shooter. The battery capacity is 4000 mAh.

Previous Ren Zhengfei: The US can't do anything about Huawei's 5G

Next Huawei is preparing to unleash its own mobile operating system