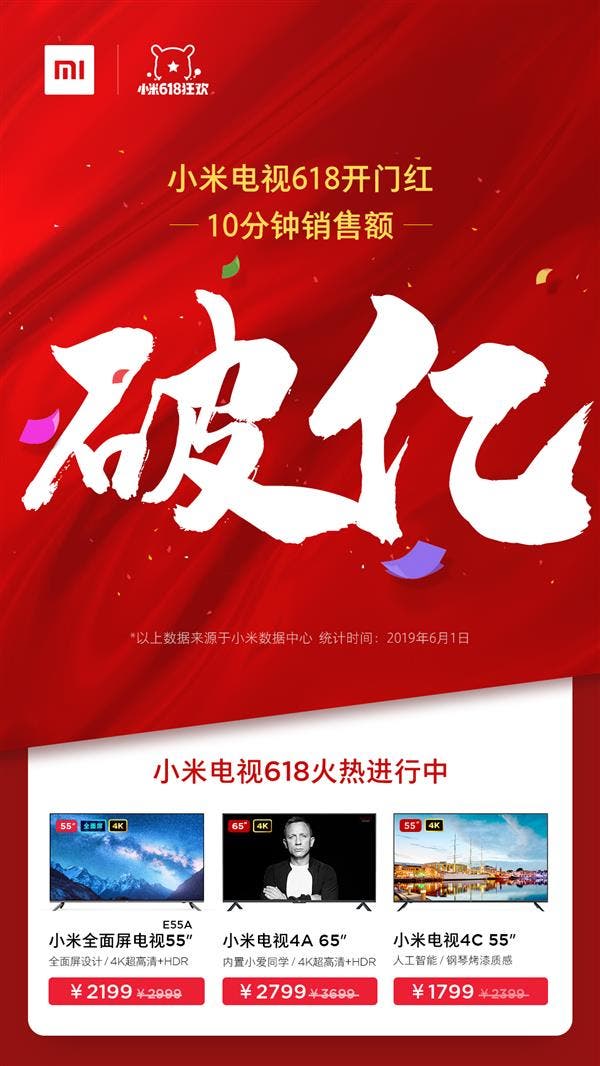 Of course, one of the major selling points of the Xiaomi smart TV is the AIoT attribute. Xiaomi TVs can have access to and control over 300 Xiaomi smart devices. Its TVs has become the hub of Xiaomi AioT intelligent control. At present, Xiaomi smart TV 6.18 sale is still running and the traffic keeps increasing.

A few weeks ago, Xiaomi announced that in just 14 months, it more than 2 million units in India. The first 1 million units were sold in 9 months, and the latter 1 million units shipped out within 5 months. At present, this TV brand is the fastest growing TV brand in India. On April 23, Xiaomi released the innovative Xiaomi Mural TV and a series of full-screen TVs. On its first official sale, the Xiaomi Mural TV sold out in 9 minutes and was re-sold on May 9. The sales of Xiaomi’s full-screen TV is booming and the supply is sufficient. In the past two years, Xiaomi smart TV has risen so high in the Chinese market. Its annual growth rate for 2018 was as high as 229% and the sales volume in Q4 2018 exceeded 3 million units, becoming the largest TV brand in China.