China has quickly become one of the premier countries for web hosting. In this article we’re going to look at the top companies controlling the web hosting market in China. We want to thank Mr. Finch of Aussie Hosting for some of the data points on these Chinese companies. For more information also please take a look at Hosting Advice’s breakdown of Chinese hosting market share.

The Largest Hosting Companies in China 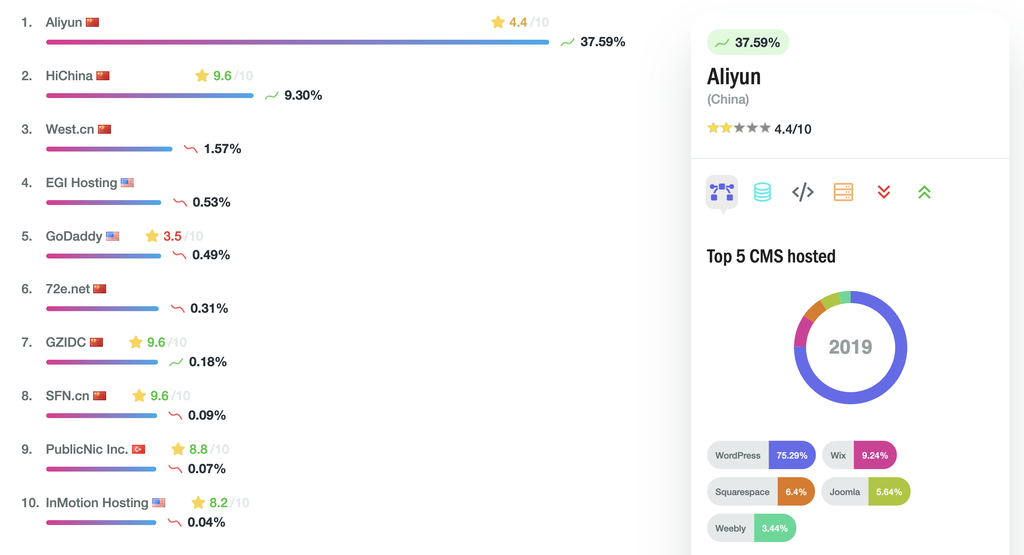 You get a good feel for the hosting market in China when you look at some of its largest web hosting companies. Top on the list is Aliyun, working under the parent company Alibaba, which is responsible for 37.59 percent of the China web hosting market share. This cloud computing company was first launched in 2009. It has 18 data centers with 50 zones available across the globe. In 2017, this rapidly growing company hit the one million customer mark. It now boasts being China’s largest cloud provider.

It is one of the biggest cloud hosting companies on the planet. When you look at their website, you get a feel for their business culture as well as the way hosting is being treated in China as a whole. Their website is informative yet sleek. It is available in a number of languages, including English. Aliyun is offering its clients a number of amazing features. They have a widely dispersed network. However, at the time of this writing, this web hosting company only services the United States and Hong Kong. 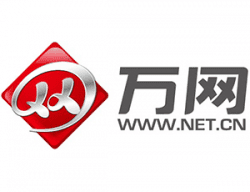 HiChina is the number two hosting company in China, boasting 9.3 percent of the market share. This company is affectionately referred to as the GoDaddy of China. In 2009, it was purchased by Alibaba, the company which is also responsible for Aliyun.

HiChina has built a reputation as being a reputable hosting provider. It is used by a number of foreign businesses as a gateway to the Chinese market. Some of the features that make this company so attractive are the discount domain registration offers, cloud and backup recovery, as well as the ability to scale and configure cloud storage using SSD options. This is a complete hosting solution that offers most of the features one would expect from a hosting company in the United States.

A lot of money has been thrown into infrastructure to improve speed and stability for customers. There are data centers in more than 19 locations around the world, and they boast 1,500 network nodes located in more than 70 countries across seven continents. A lot of investment has been done in the United States. There are more than 200 nodes and two data centers in the United States. One of the major features of this web host is the fact that they offer flexible payment plans similar to what you get from Amazon. You can pay as you go, pay a set amount each month, or pay with a subscription. 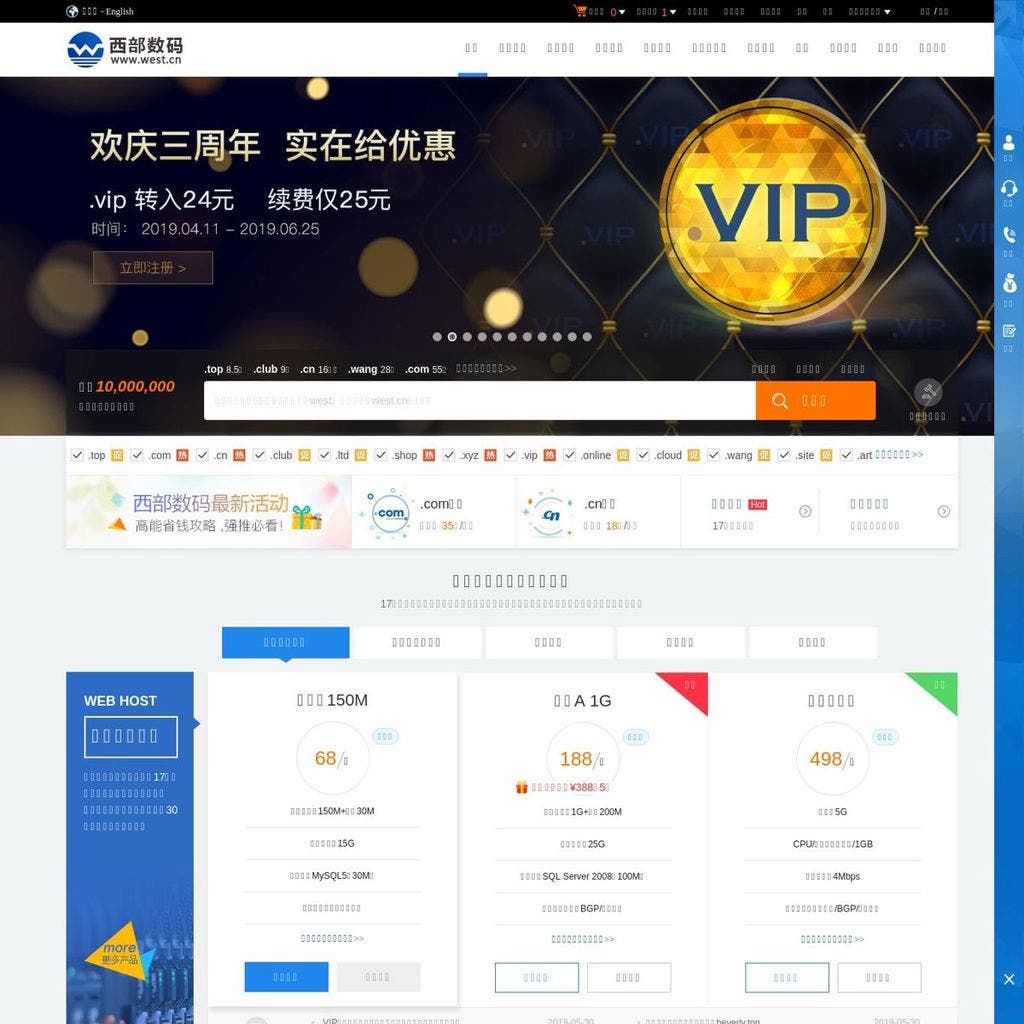 West.cn is one of the largest and most well-known domain registers in China. Currently, it boasts more than 10 million domains and has more than half a million websites hosted. Chengdu Xiwei Digital Technology Co is the company’s full name, and it has been functioning since 2002. Like the majority of Chinese hosting companies, their website is available in Chinese but can easily be switched to English.

Some of the features that they offer include:

This hosting company provides location specific hosting, including Hong Kong and American hosting. Their prices are comparable to what you would see from a low-cost hosting company in the United States. In fact, some of the plans that they offer are upward of 50 percent cheaper than the entry-level plans you will see with other well-known hosting companies. There is some question about their 24 hour a day seven day a week support. They advertise support been available via phone, online contact, and email. However, many have complained that the service you actually get does not live up to the hype offered. Others have commented on how the website was a challenge to navigate. 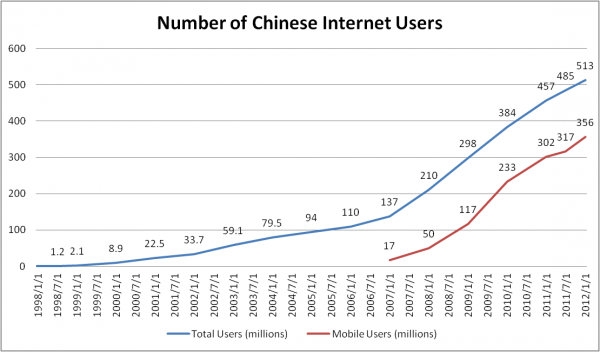 This is put into perspective when one realizes that the number of people who use the Internet in China is more than two times the population of the United States. Or the number of Internet users in China is more than the combined total of the population of Russia, Japan, Mexico, and the United States. This explains the dominance that China has in the web hosting field and why it is expected that their influence and dominance will continue to grow. 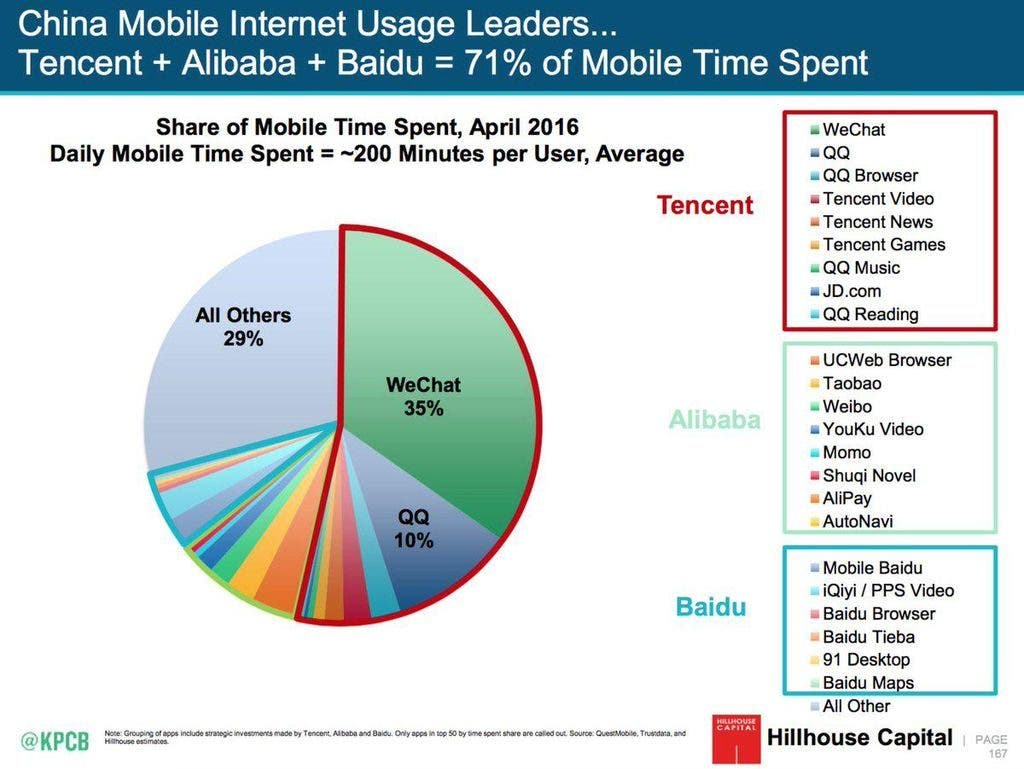 Baidu is a China search engine. It is the fourth most visited site on the planet. The only sites that have more visitors are Google, YouTube, and Facebook.

E-commerce in China is a major force behind its web presence. And since upwards of 98 percent of China’s Internet savvy population uses the Internet via mobile, it is no surprise that around 75 percent of their e-commerce sales are done using mobile devices.

The influence that China is having in the web hosting business cannot be denied. As more of China’s 1.3 billion residents gain access to the Internet, you can only imagine how much that influence is going to increase. With so many web hosting providers available in the country, it can be a daunting task for companies to find the one that’s right for them.

Pricing between the different companies is relatively close. So pricing would not be the factor you would use in determining which company is right for you. Instead, you would look for their experience, commitment to quality, as well as the credentials of the company. Customer service is a must. Also, having customer service in the language you speak is essential.

What do you think about the future of China’s web hosting market? We would love to hear your comments in the comment section below.

Next Samsung Galaxy Note 10 5G shows up on Geekbench