A few days ago, we reported that Huawei completed the acquisition of a Moscow bases tech security company, Vokord. It is reported that the acquisition cost $50 million and Huawei is mainly interested in the company’s technical patents as well as its R&D arsenal in face recognition systems. Now, Huawei has an agreement with Russia’s largest telecommunications company MTS. In 2020, Huawei will develop 5G networks in Russia. 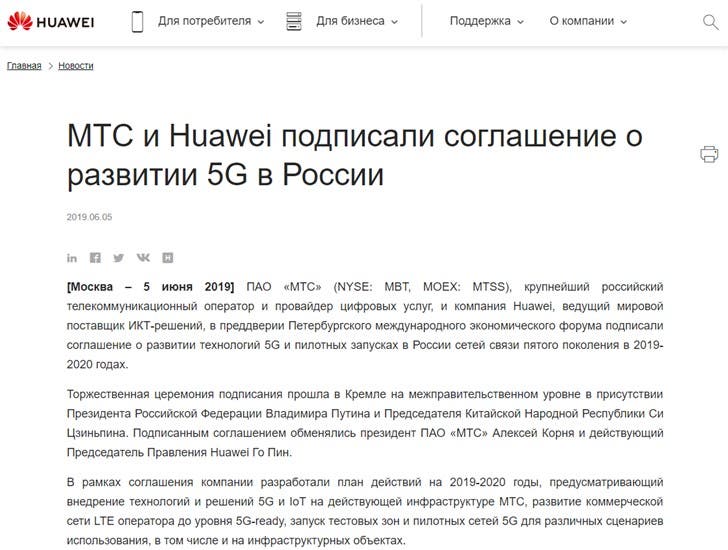 The agreement was signed by Guo Ping, Vice Chairman and Chairman of the Board of Directors of Huawei, and Alexey Kornya, President and CEO of MTS. The telecommunications company said in a statement that the agreement includes “developing 5G technology and piloting 5G networks in 2019 and 2020.”

Guo Ping said that he was “very satisfied” with the agreement on “a strategically important area such as 5G”. He said “We are pleased to reach a new agreement with MTS in a strategically important area such as 5G. Huawei has more than 16,000 patents in the 5G field, ranking first in the world. We hope to make Russia enter the 5G era through joint efforts.”

With the current activities of Huawei in Russia, it is clear that the company has strong ties in Russia. This is not completely strange because Russia is not on very good terms with the US thus it is expected that Huawei (which is currently being tormented by the US) will be in good terms with Russia.