The recent couple of days have witnessed two big leaks with respect to Samsung’s upcoming Galaxy Note 10. These CAD renders have a good history of being accurate,  and judging from that, it seems Samsung might be in for a backlash from fans. The design is quite likely final as a media source from Korea has tipped the series to launch on August 10. And we have some case renders today that confirm the previously leaked Note 10 renders. Check the render below. 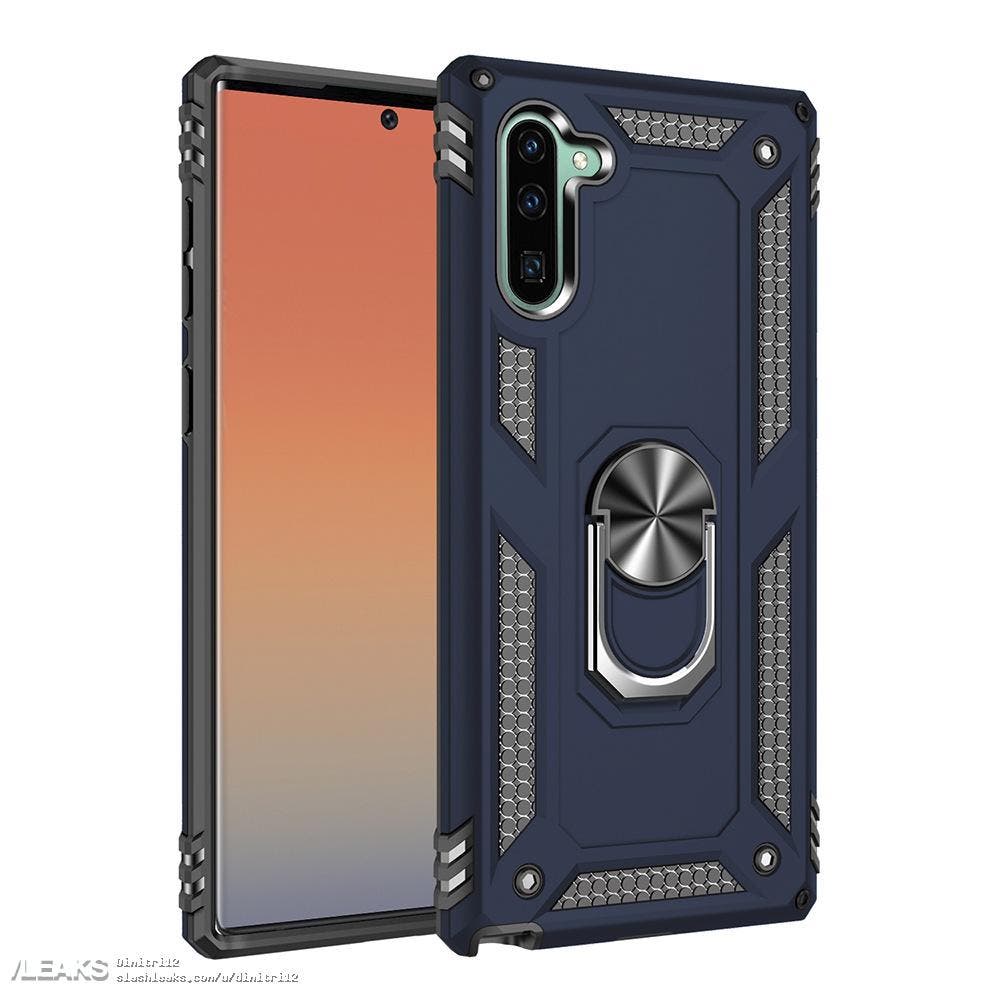 The Galaxy Note 9 launched on August 9 so it wouldn’t be a surprise if Samsung launches the Galaxy Note 10 in the same timeframe. This also leaves us just two months far from the announcement if the leak is legitimate. But what’s more interesting is Samsung’s move to manufacture two Note models this year for the first time.  There’s a Note 10 Pro variant which is largely similar to the standard Note 10 except for a handful of aspects. Even more intriguing is Samsung’s decision to remove the headphone jack and Bixby button on the two devices, something that might not go well with ardent users of the audio slot.

Apart from that, the Note 10 Pro could be a massive 6.75-incher while the Note 10 will be a more handy 6.2-inches in size, as per current information. The front camera has been moved to a central hole-punch, one of the few aspects that differentiate it from the S10. There are triple cameras on both the models but we likely won’t see an extra TOF sensor on the smaller model.