The Xiaomi Mi Band 4 launch conference is scheduled to be held at 2 pm on June 11. Today, Lei Jun announced on Weibo that: “The Mi Band 4 payment function can be experienced tomorrow, look forward to it ?” In fact, current mainstream smart bands already support payment functions. However, previous generations of Xiaomi bands failed to include this function mainly because of the small display. The screen size of this band has been significantly upgraded which means that the NFC function can be fully used. 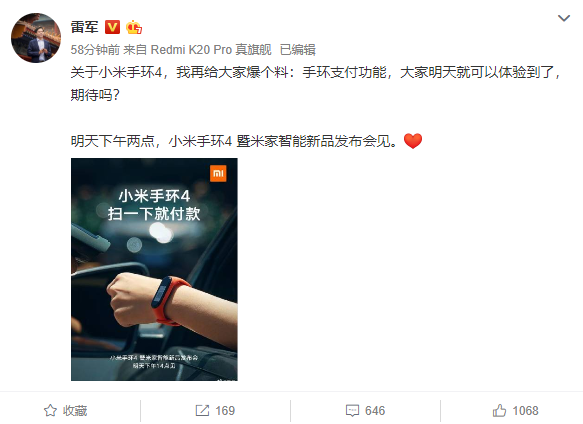 It is understood that the Band 4 display is 39.9% larger than the previous generation and it supports 16000 colorful display. It also comes with a colorful personalized dial and heart rate monitoring. From the features point of view, Xiaomi Mi Band 4 is not much different from a smartwatch. 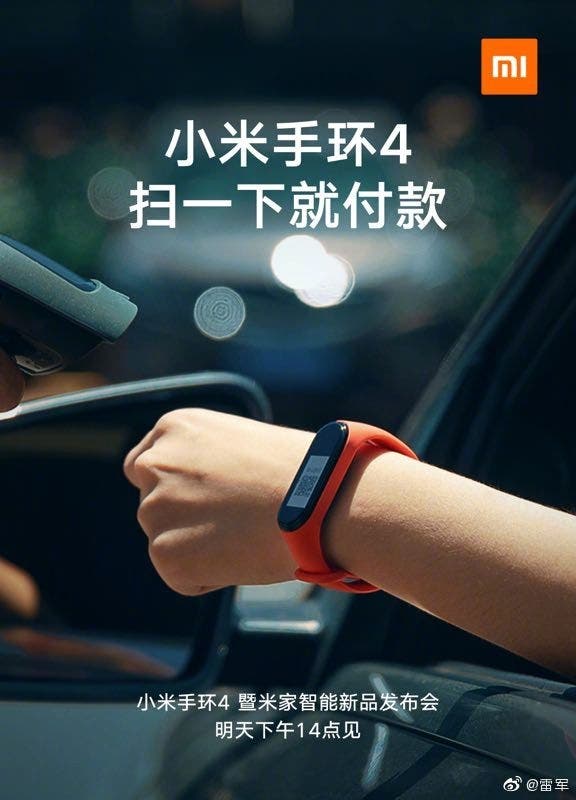 It is reported that the Mi Band 4 will be equipped with a color OLED screen. There are two models exposed so far are XMSH08HM and XMSH07HM. While the former is the standard version, the latter is the NFC version. In addition, the Band 4 is expected to have its battery capacity increased from 110 mAh in the Xiaomi Mi Band 3 to 135 mAh. A few days ago, e-commerce screenshots from some stores showed that the Mi Band 4 was priced at $49.99 (about 345 yuan) on non-Chinese e-commerce platforms. At present, Xiaomi bracelet has become the world’s number one wearable device. This year, its Q1 shipments reached 5.3 million, an increase of 43.6%.