Huawei will be offically revealing its premium Nova 5 series of smartphones on June 21 this month. Many details of the range have leaked online in the past couple of weeks but we can now take a look at leaked press renders of the Nova 5 Pro which haven’t been seen before. Apart from design, the leak from Mysmartprice also reveals variants and colour options of the handset. Huawei’s Nova 5 series will consist of the Nova 5i, Nova 5, and the top-end model Nova 5 Pro. 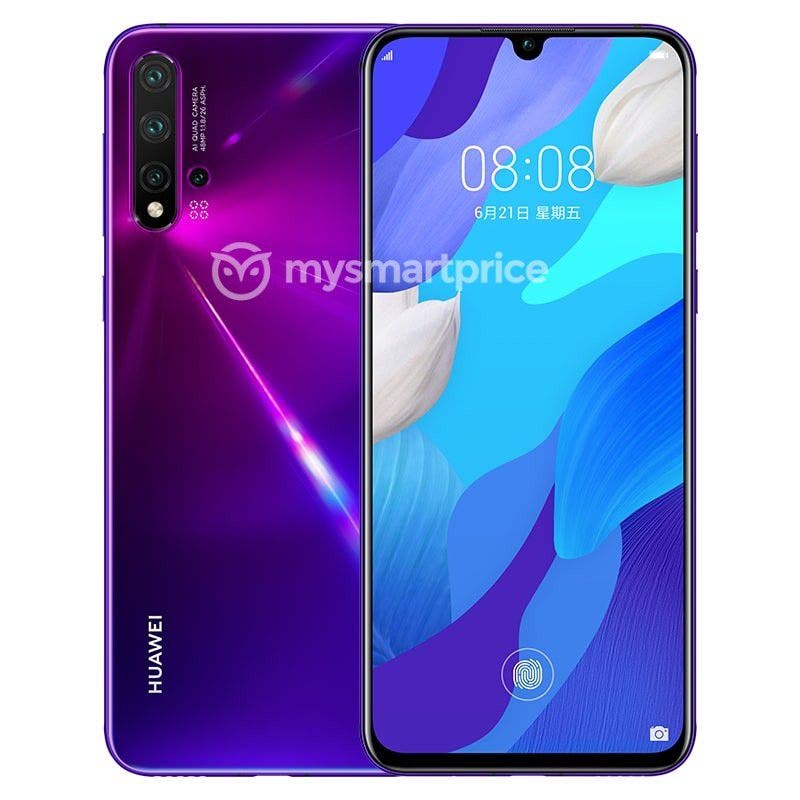 With regards to the coat of paint, Huawei will be offering Green, Purple, Orange, and Black while two variants are confirmed – 8GB RAM + 128GB storage and 8GB RAM + 256GB storage.

Coming to design, the Nova 5 Pro walks the path of the flagship P30 Pro featuring a water drop notch but not a curved OLED panel. The bezels are fairly slim though and there’s an in-display fingerprint reader shown in the render. The back quad-cameras but it is likely it won’t have 10x zoom like the P30 Pro. In a related story, the Huawei Nova 5i specifications were leaked after it was listed on TENAA. Huawei’s current uncertain situation with Android has not stopped the world number two smartphone maker to slow down its launches in China. The Huawei Nova series also debuted for the first time in India last year and we expect this series to launch in India as well. 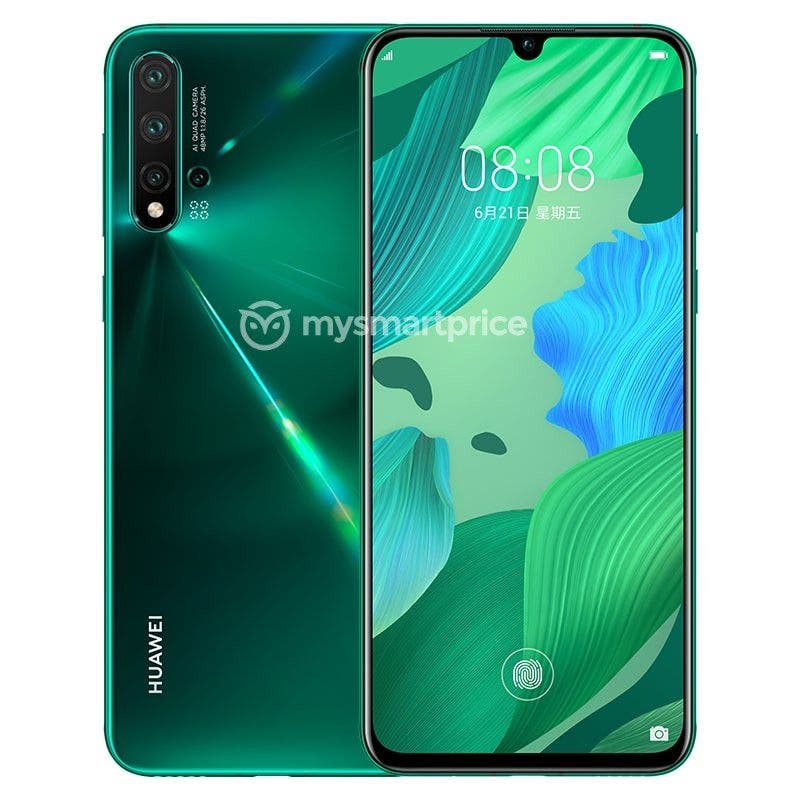 Previous Huawei could end up using Aurora OS on its phones

Next Huawei: UK warned over sending 'bad signal' to China