On June 16, 2019, the annual 618 e-commerce sales entered a unique phase. At this sales, the popularity of the Xiaomi TV in China was showcased as it took only 10 minutes to sell over 100 million yuan (∼$14.4 million). In addition, the company released a chart which shows that as of noon on June 16, the brand TV sales in the Jingdong platform ranked first, and the second place is Hisense TV. 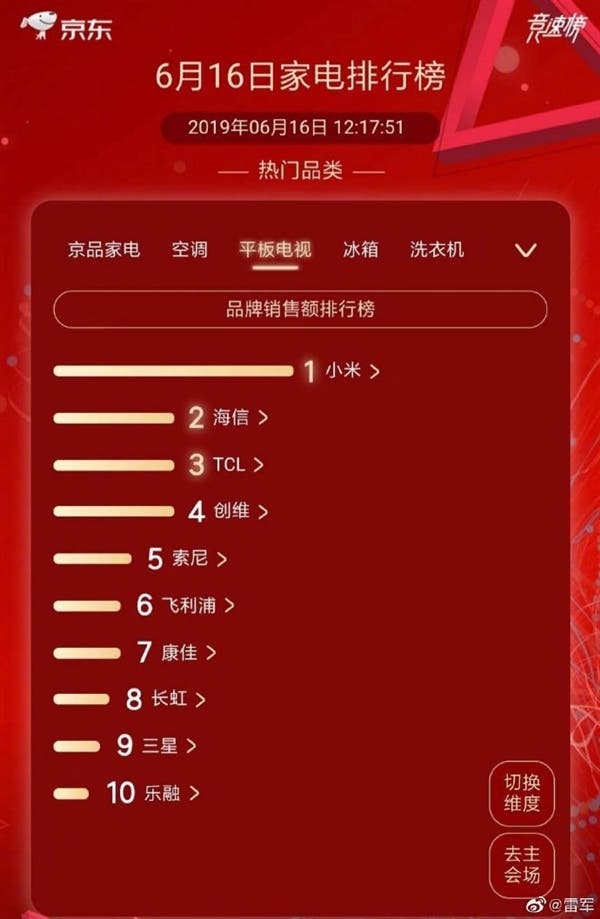 On Tmall also, Xiaomi also ranked first in the flat-panel TV sales. Lei Jun said: “Xiaomi TV this year must be the first and we are ready to lead.” It is understood that in order to meet the 618 e-commerce war, Xiaomi full-screen 55-inch version took an 800 yuan ($116) price cut to sell for only 2199 yuan ($318). This price was active on numerous platforms including Xiaomi Mall, Xiaomi Youpin, Tmall, Jingdong, Suning and others. 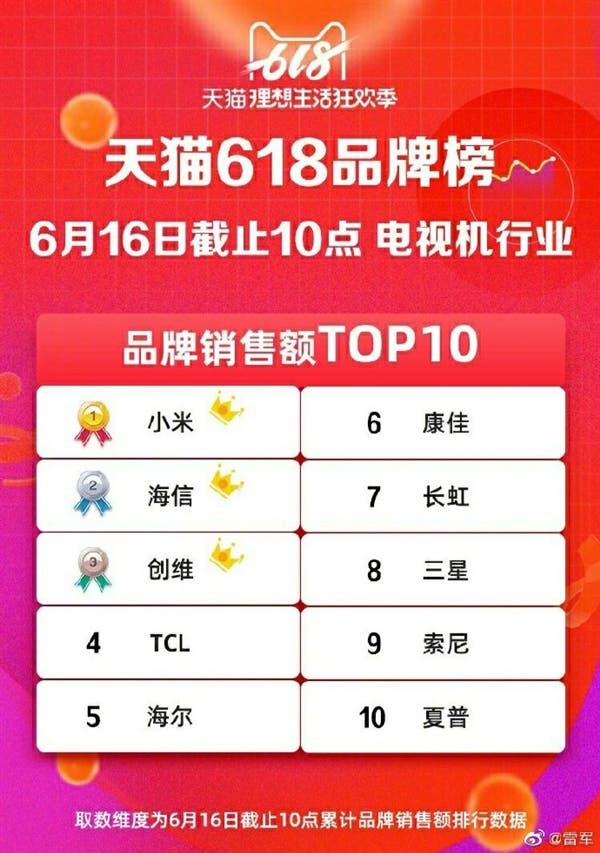 In addition, Xiaomi TV 4A 65 inches previously fell to 2799 yuan ($404), the price reached a record low. In the mainstream, the 55-inch TV 4C also fell to the historical lowest price of 1799 yuan ($260), these three products have become the absolute main force for Xiaomi during the 618 sales period.

One of the biggest selling points of this TV is its AIoT compatibility. Through the large-screen, real-time monitoring and control of more than 300 intelligent hardware devices of Xiaomi can be achieved. Xiaomi TV has become the hub of Xiaomi AIoT intelligent control. In addition, Xiaomi’s first quarter financial report for 2019 showed that as of March 31, 2019, Xiaomi TV’s global shipments exceeded 2.6 million units, a sharp increase of 99.8% year-on-year. In addition, China, this brand is also doing very well in the Indian market. As of now, China and India remain the largest market for Xiaomi flat-panel display.