The Picture-in-Picture mode is already available for the Google Chrome browser on the desktop and on some applications on Android such as YouTube, VLC Player, Google Play Movies, Google Duo and Google Maps.

Google is working to implement the Picture-in-Picture API in Chrome on Android to shows videos played in a window on other apps.

The Chromium team is working to bring the functionality to the Chrome browser on Android and the flag is already present in Chrome Canary and can be enabled, but at the moment the functionality is not yet operational. 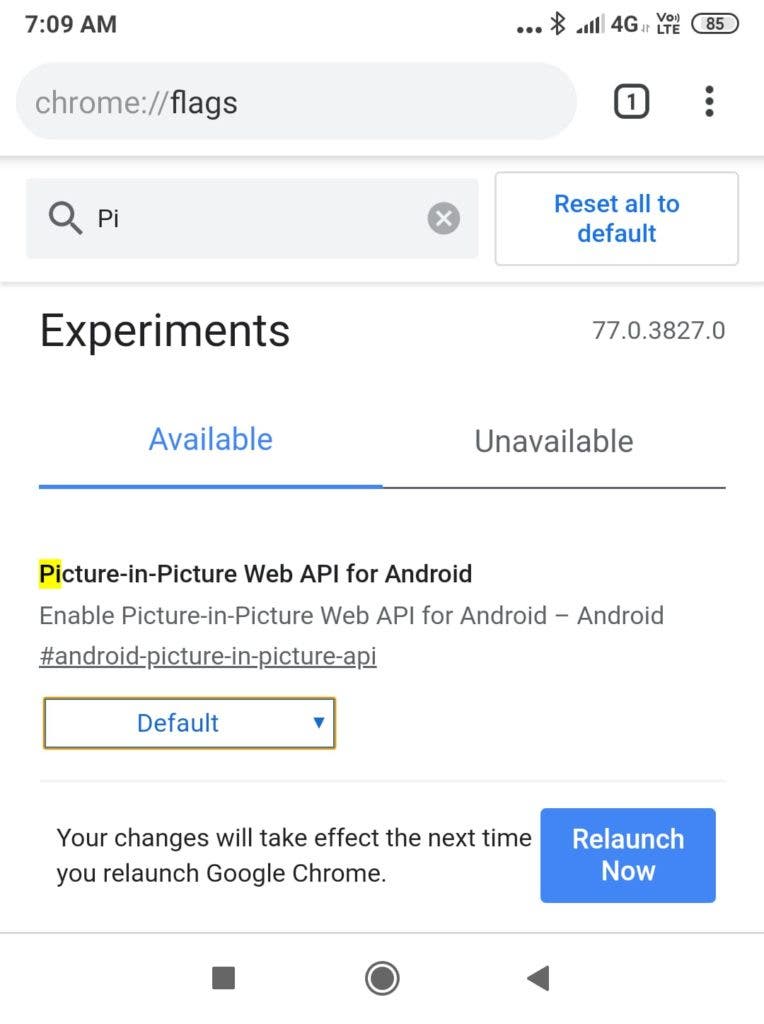 How to activate it PiP mode

Here’s how to enable the PiP flag in the latest Canary release:

You can spot the flag in chrome://flags page, to activate it

There are a lot of bugs need to be resolved to see the feature in action, we’ll let you know when the PiP mode works for Chrome on Android.

At this point, all that remains is to wait for the Picture-in-Picture feature to become operational on Google Chrome for Android. Here is a link to install or update Chrome Canary through the Play Store of Google.

It is worth to mention that according to previous reports, it seems that the Mountain View giant is working to increase integration and points of contact between Android and Chrome OS.

According to what we learn from a commit called “OneChrome demo”, developers are working on a feature that lets you share phone numbers between systems, users should be able to send the number found online on the Chromebook to their own Android device, the phone should open a dialer with the number already typed in, so you will be able to initiate a call with just one tap.