The MIUI layer is one of the most popular user interfaces as it comes pre-installed in most of Xiaomi’s smartphones. However, like most of the customization layers from China, it lacks applications drawer.

When Xiaomi launched the Poco brand, the company has also announced Poco Launcher, which surprisingly includes an application drawer. This was well received by users, as many find it useful to have all applications organized.

Now, it seems that Xiaomi is ready to introduce the application drawer into the MIUI layer itself. In the latest alpha version of MIUI, which contains version 4.10.6.1025-06141703, we find an application drawer. 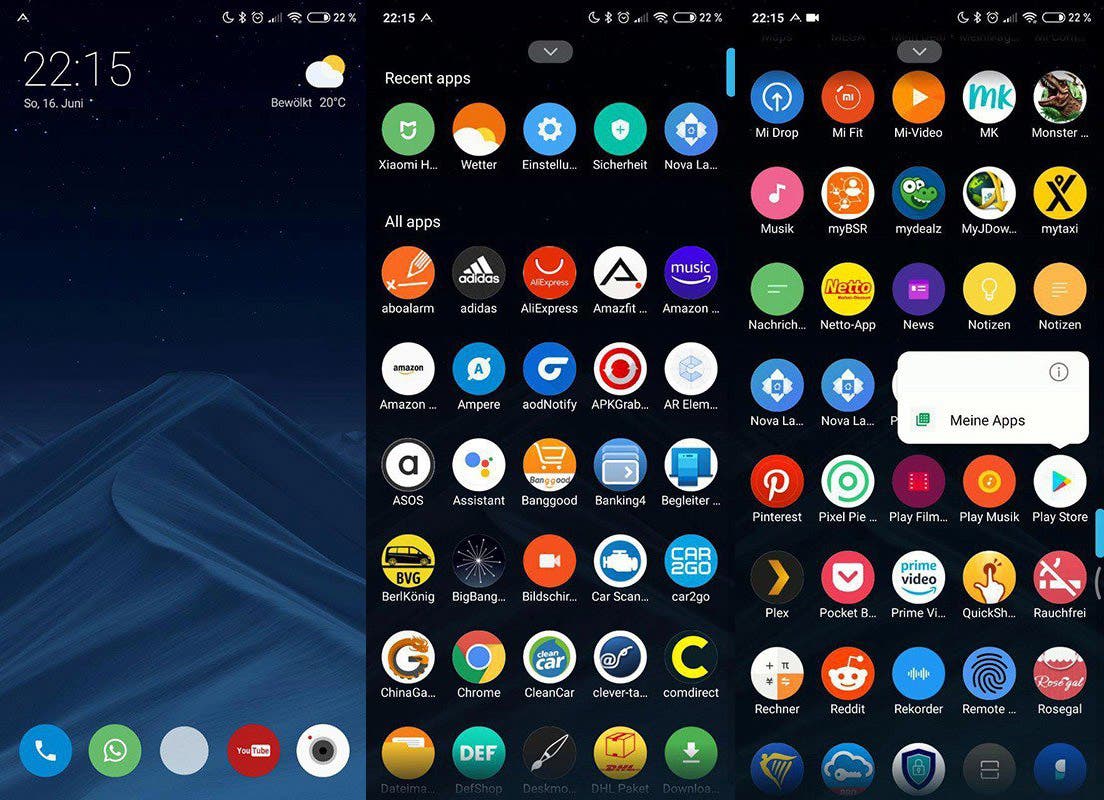 In the application drawer, the installed applications are displayed in alphabetical order. At the top of the list, there is a list of recently used applications.

There is also a down arrow on the top, which when pressed, collapses the drawer. The gesture of sliding down to close the drawer does not work, but you can use the back button or the down arrow.

Along with this application drawer, the alpha version of the MIUI also has support for application shortcuts. These are quick actions that appear when the application icon is pressed for a long time.