With the launch of Lenovo Z6 Pro and Z6 Lite/Youth, the Chinese manufacturer is almost ready to show the world a new model in the range. After the first official images – shared by the CEO Chang Cheng – now it’s up to the benchmarks on the Geekbench portal, which offer us a first overview of the specifications of the incoming smartphone.

Lenovo Z6 on Geekbench: that’s how strong the new smartphone is

The Lenovo Z6 has landed on Geekbench with the model number L78121 revealing the presence of a variant with 8 GB of RAM. Obviously, the software will be based on Android 9 Pie, while there is still some uncertainty regarding the SoC. The benchmarks do not reveal the chipset on board, but they report a basic frequency of 1.8GHz. If the Pro and Lite models arrived with Snap 855 and 710, you could hypothesize the presence of the Snapdragon 730 (composed of 2 Kryo 470 core at 2.3 GHz paired with 6 Kryo 470 cores at 1.8 GHz frequency ). 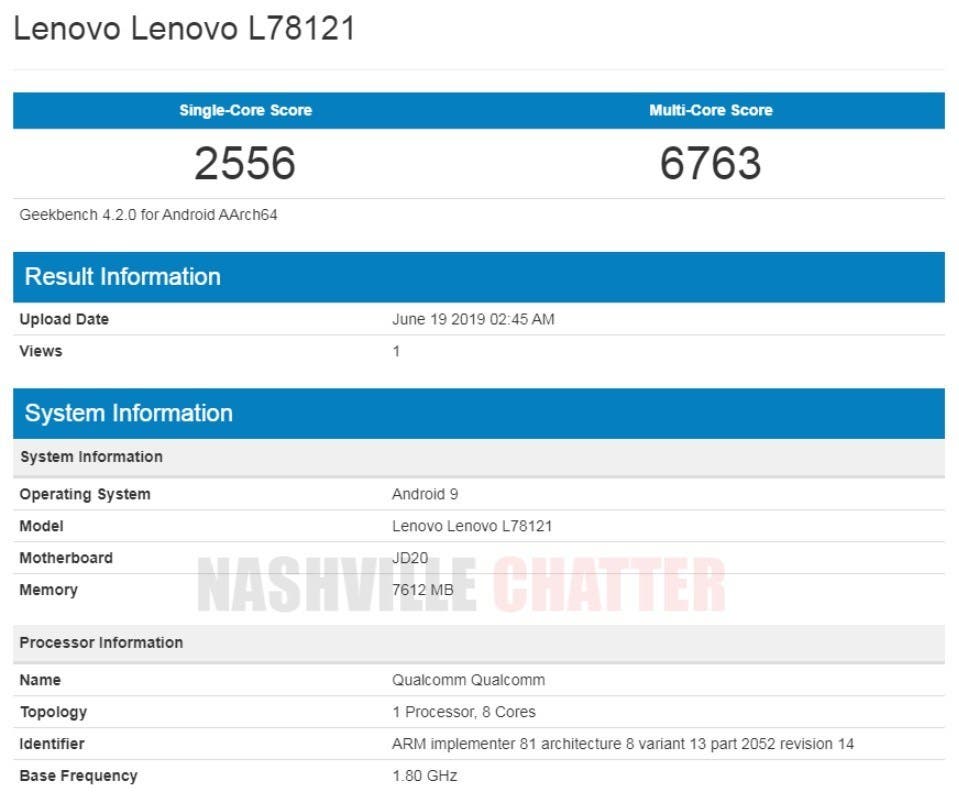 As for the rest of the specs, there are rumors of an AMOLED panel of 6.3-inch Full HD+ and the photographic industry should still relying once again on a triple camera (like the Lite model while the big brother instead boasts a quad camera).

Recently, Lenovo L78121 was certified by both CCC and TENAA agencies in China. The CCC listing revealed that the phone would come with 18W rapid charging capacity. The TENNA listing, however, hasn’t revealed any specs yet and the listing is still empty as of now. We can expect the listing to be updated in the next few days. We can also expect more teasers and information from none other than Lenovo’s VP himself as he hasn’t shied away from revealing key details about new phones ahead of launch.