Xiaomi Mi CC9 will reach the market on July 2. However, we don’t think that there will much to be revealed on the launch date. After all many details are leaking out these days. Today we got the confirmation that the device will ship with a 32MP selfie camera and a 48MP sensor on its triple rear setup. Furthermore, a leaked retail package revealed more details of Mi CC9. Now Xiaomi CC product manager Lao Wei shared an image of a white colored version of the smartphone confirming white color variant and rear design.

The White Edition of Mi CC9 does come with a gradient finish that reflects shades of blue, purple and pink. The new image also gives us the first glimpse of the handset’s design. Furthermore, the picture reveals that the phone is curved on all four sides. The rear shell of the Mi CC9 is equipped with a triple camera setup placed at the top-left corner. According to rumors, the handset will come with AMOLED display and under-display fingerprint scanner. This explains why the rear of the smartphone lacks a fingerprint cutout. 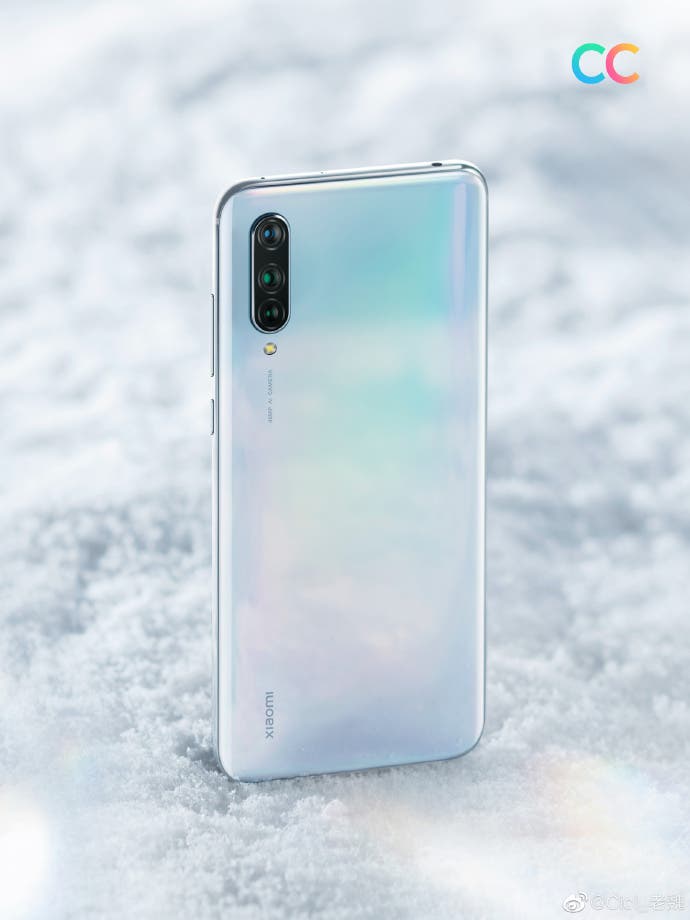 Apparently, the device ships with a 3.5mm audio jack on the top along with what seems to be a SIM Card Slot. The right edge of the smartphone serves as a house for Volume Rocker and Power Button. Another image shared by Xiaomi’s CEO Lein Jun further reveals the USB-C port on the bottom part, placed between two speaker grills. Lei Jun states that this is a trend-setting smartphone.

“The Mi CC9 has to sport a good design. This time Xiaomi’s “Art Students” team designed the romantic white version of the Mi CC9.” 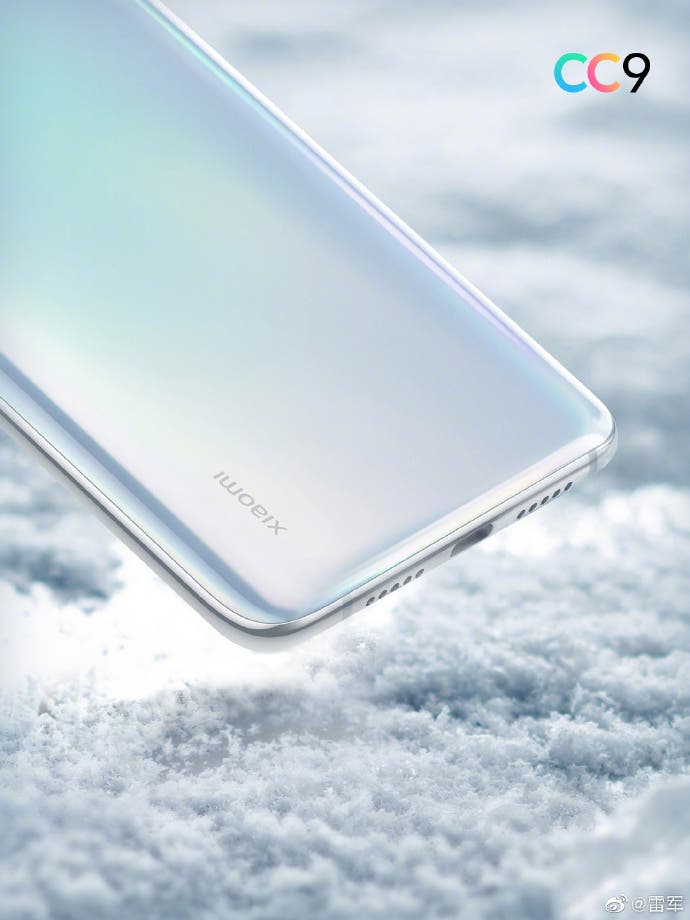 Lei Jun calls this color option Romantic White, however, this may not be the actual name. Wei has asked to choose a suitable name from options like Dream White, White Dream Mirror and White Lovers for the above-shown color variant. When it comes to specifications, the Mi CC9 features a Snapdragon 730 chipset paired with 8GB of RAM and 256GB of Storage. Furthermore, it will boast triple camera with Sony IMX586 48MP primary sensor, it may also include a 16MP ultrawide lens and a 12MP sensor. The device will ship with a custom version of MIUI 10 with Android 9 Pie under the hood.

As previously stated, the Mi CC9 will be released on July 2. Its starting price will probably be set at 2,599 Yuan (~$377). A lesser variant dubbed as Mi CC9e should come alongside. With just a few days before the release, we wonder how many details will leak or be exposed by Xiaomi itself.

Previous Galaxy A90 will come with Snapdragon 855, "tilt OIS" and 5G support