Chinese phone maker, VIVO at its pre-MWC Shanghai conference earlier today revealed its first 5G smartphone  – the VIVO IQOO 5G, alongside its 120W fast charging tech. Dubbed the VIVO iQOO 5G, the Chinese firm, though hasn’t revealed the full specs, but says it will hit the stores later in Q3.

The VIVO iQOO 5G, although not officially confirmed parades the same internals with the standard VIVO IQOO, albeit a few changes internally. First off, the device similar to most recent top end 5G devices uses the Snapdragon 855 chipset coupled with an external X50 modem that enables it to click to the 5G network. VIVO GManager Qin Fei who made the presentation today revealed that 5G terminal requires higher specification on design, Antenna, Layout, motherboard area, protocol adaptation, stability, heat dissipation and it is much harder to develop as compared to 4G requirements.

The real challenge per the GM is in accommodating the motherboard made larger by the inclusion of more antennas. And while it would seem logical to just cut down on the battery size, VIVO could just do that, given that 5G requires more juice, and so opted for a 3D design. 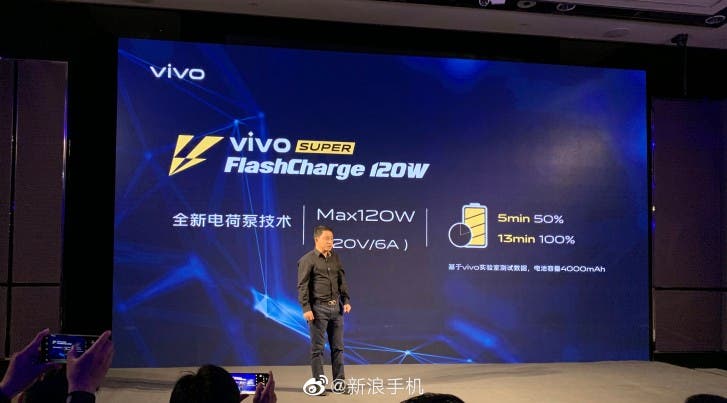 The brand at the event also officially introduced its next charging solution – the VIVO Super FlashCharge which promises to juice up a  4,000mAh battery to 50% in 5 minutes, and 100% in 13 minutes.

The VIVO Super FlashCharge actually works at 20V and 6A, though we are not sure if the VIVO IQOO 5G will support the flash charge off the box. The IQOO 5G is due to be released in the next three months.