Taiwanese smartphone manufacturer, HTC, has commenced the release of Android 9 Pie update for its flagship, HTC U12+. The update build number is 2.45.709.1 and it is 1.06GB in size. According to the changelog, this update brings system enhancements. This is in addition to the removal of Google+ from BlinkFeed. However, this new update comes with a bug. According to early users, you can not edit APN on the Android 9 Pie. This is in addition to WiFi, battery, and power consumption issues that have been mentioned. We expect the company to prepare a subsequent update to tackle this issue. As of now, this update is arriving HTC U12+ units in Taiwan. It wouldn’t take long to spread to other regions. 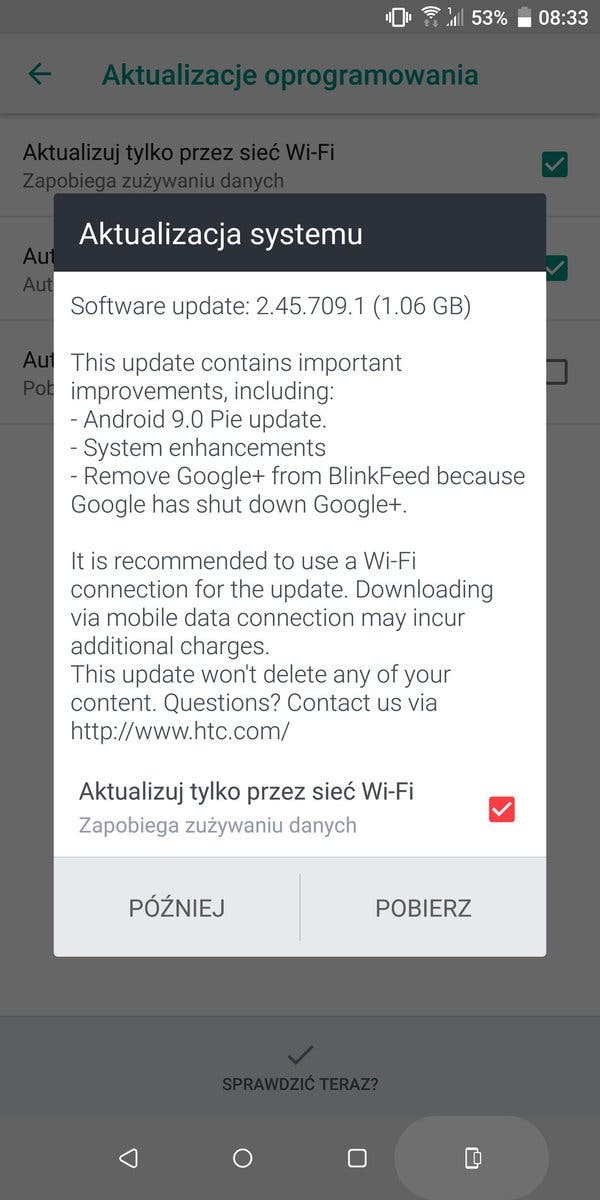 This HTC’s 2018 flagship smartphone uses a premium design with a special semi-transparent fuselage appearance. It comes with a 6.0-inch Super LCD 6 screen, Qualcomm Snapdragon 845, 6GB DDR4 RAM, IP68 waterproof and dustproof. In the camera department, we have a 12MP wide angle + 16MP telephoto lens. As for the camera shooting performance, it scored 103 points on DXOmark which is the same with Samsung Galaxy Note 9. It comes with Sense UI based on Android 8 Oreo and it has a 3500 mAh battery to keep its lights on.

According to HTC, his update does not delete any information. The company recommends a free Wi-Fi connection download. Mobile data connection may require additional network provider fee.