A recent report from XDA Developers shows that Android Q beta 5 will come with new navigation gestures. According to the report, this beta from Google includes a side-return function to Android Q. This makes it possible to slide inward from both sides of the display. This will conflict with many Android applications which already use this feature. For this, Google developers have new solutions.

Users can activate the side menu bar by tapping the edge of the screen and hovering inward for a while. This is shown in the GIF image. It is similar to the multi-tasking operation introduced by MIUI (swipe up from the bottom and hover to bring up multitasking). Huawei has used a similar solution on EMUI devices for some time. This change can effectively solve the problem of full-screen gesture return conflicting with the application sidebar menu. However, for large screen devices over 7 inches, this operation is difficult to accomplish with one hand. 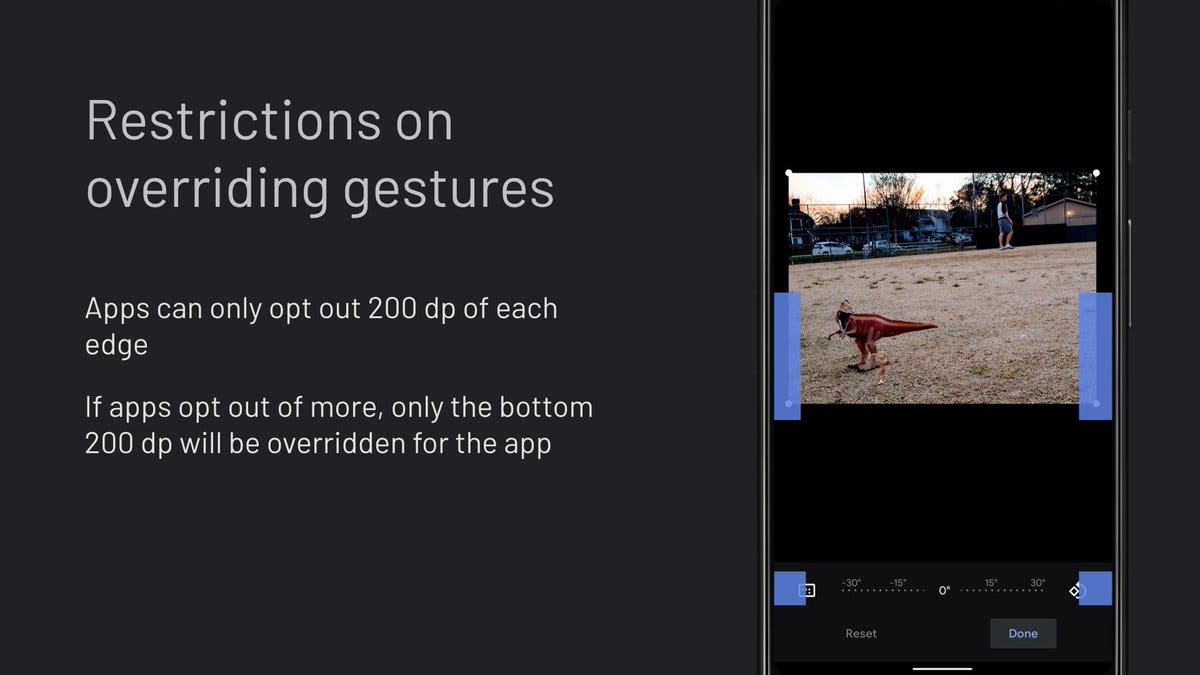 Google recommends that developers update DrawerLayout to get the best experience on Android Q devices. The program should be in the final stages with a stable channel of the final version of the system. According to speculations, Android Q beta 5 will arrive in the next few weeks while we await an official date for the stable version.

Next Oneplus 6 /6T finally gets the Screen recording feature