Today, Honor officially confirmed that the upcoming Honor 9X will use the world’s fourth 7nm chip Kirin 810. According to Honor,  there are only four flagship 7nm chips in the world, and the Honor 9X will use one.  The Kirin 810 uses the flagship Cortex A76 large core + 6 small Cortex A55 cores. The CPU clocks at 2.27GHz and it comes with the Mali-G52 GPU. In addition, Kirin 810 uses the new Huawei Da Vinci architecture NPU. Its AI running points is up to 32,280 points. 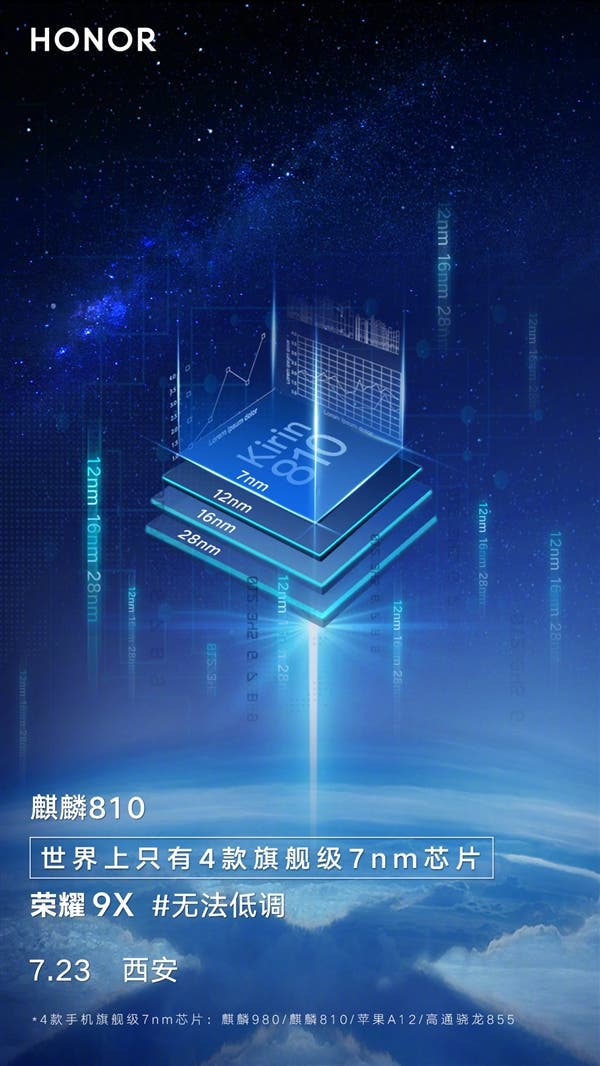 According to Xiong Junmin, vice president of the Honor business department, AI is the future trend. The company has been exploring how to apply AI technology to terminal products. The Kirin 810 has flagship AI performance and will lead the new AI sidetrack. With its DaVinci architecture NPU, it can greatly increase the AI ​​power per unit area. This, in turn, will stimulate the computing potential of the end-side AI. The AI experience of the Kirin 810 is only imaginable. 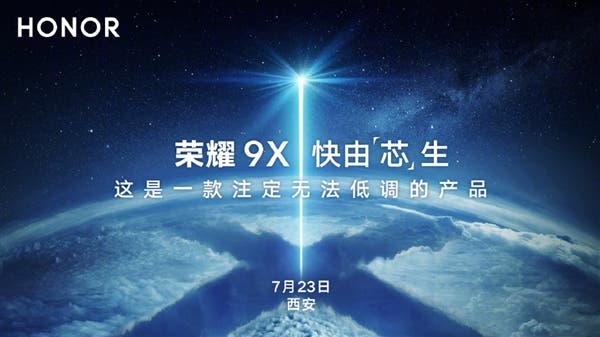 In addition, Xiong Junmin believes that the Kirin 810 is only one-ninth of the highlights of the Honor 9X. Its sturdy appearance will be an eye-catching aspect and cannot be underestimated. Honor 9X will be officially released in Xi’an on July 23.