Recently, Xiaomi MIUI released the “MIUI System Development Edition Strategy Adjustment Instructions” in a forum. As the document claims, some new models will be discontinued to develop the beta version.

According to the document, Xiaomi says that since July 5, 2019, the open beta time of the MIUI development version has been adjusted to one year. And products that have been released for more than one year ago will gradually withdraw their authority. In addition, the MIUI team announced the new entry-level Redmi phones will no longer get the MIUI development version of the Brush Pack.

However, this decision doesn’t refer to all smartphones. The MIUI stable version will not be affected by this policy adjustment. 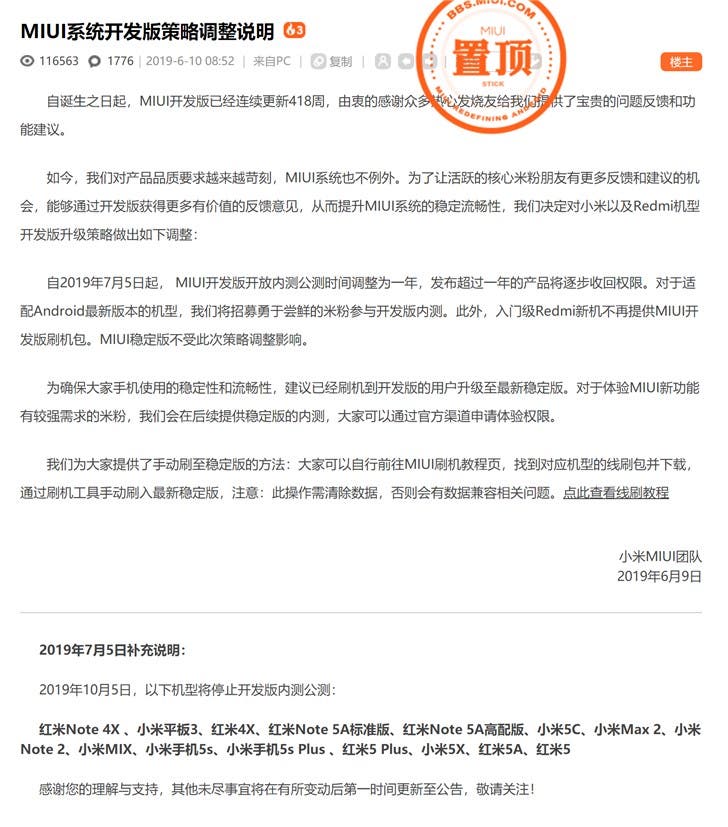 In other words, on October 5, 2019, the development of the beta version will be stopped for the following models:

Previously, it was announced the beta version was testing a few features. Among them, we should mention:

At last, starting July 1, Xiaomi closed its doors to the MIUI 10 Global Beta. The latter has been expected to be pushed to many models. But as for now, we learned about a number of devices excluded from the list. Also, Open Beta was expected to be reopened for the MIUI11. Now we understand, for the aforementioned models, there is no chance to get a new version of Android.

Next ZTE Axon 10 Pro 5G Sells Quite Well in Finland