The latest products of Huami were announced less than a month ago. But the company is going to release new product(s) in the nearest future. Today, it released a poster and also sent out invitations for the upcoming wearable. It turns out the company will hold a new product launch conferment in Beijing on July 16. At the event, Huami Science and Technology will unleash a new AMAZFIT GTR smartwatch. 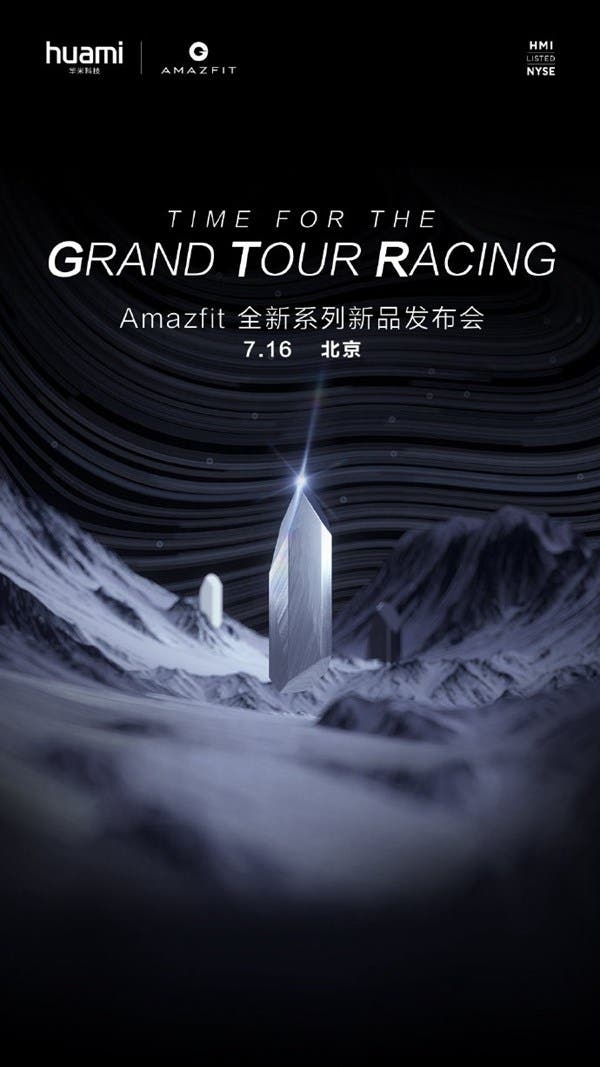 As the poster shows, the theme of the conference is ‘GRAND TOUR RACING’. It’s in line with the name of the forthcoming smartwatch, AMAZFIT GTR. Previously, it was rumored that the biggest highlight of this wearable is considered to be the long-lasting battery life. In addition, Huawei’s Guan Wei posted on Weibo interesting news with a phrase of ‘new 24-days long-lasting watch’ and a hashtag #Amazfit_GTR. This is the clearest hint at a new watch and its selling point. However, at present, there are not many details about the AMAZFIT GTR watch. But the invitation letter reveals it will be made of titanium, steel, and aluminum.

At the new product launch conference held on June 11, Huami released a variety of new products such as Amazfit Mi Healthy Watch, AMAZFIT Smartwatch Lite, Mi moving watch Lite, Huami AMAZFIT Smartwatch 2 and others. Among them, the AMAZFIT Mi moving health watch was the first to come with Huangshan No. 1 chip developed by Huami Technology. This is the first commercial use of the chip.

Huang Mi, the founder, chairman, and CEO of Huami Technology said in an interview that smartwatches are an emerging industry. At present, Huangshan No. 1 is mainly used in its own products. However, he said they are open to any cooperation.

Previous Realme 3i teased, launching in India next week alongside the Realme X