It’s finally here folks! The much-awaited official renders of the Galaxy Note 10 have leaked online a couple of hours back by two reputed sources. And I must say, the renders paint a very compelling flagship design in the picture. The launch is still around a month far, so we’d say these renders are a bit early but it is what it is.

Coming to what we’re seeing in the renders, the new thing is the gradient Blue shade that shimmers on a background of plain Silver and it looks gorgeous. It’s accompanied by a Blue S-Pen. Then there’s another Black colour variant as well and this one comes with a Black S-Pen. The design itself was previously revealed via the CAD renders and this leak is very much in line with that. Notice the thin bezels on the top and bottom. These are the slimmest we’ve seen on any phone yet although it’s worth noting that official renders tend to exaggerate these things a bit. Still, we expect the Galaxy Note 10 to have a phenomenal screen-to-body ratio. 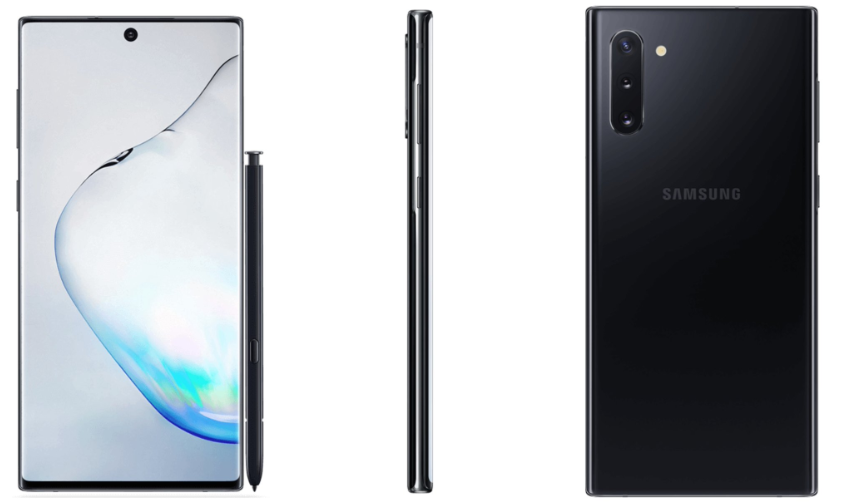 The boxy design of Samsung’s phablet continues this year and the Note 10 rear shows us a triple camera setup. There’s no Bixby button and neither a heart rate sensor. These renders are of the smaller Note 10 which has a 6.3-inch display. And now that we have renders of the smaller sibling, we expect to see the massive 6.7-inch model leak as well soon. The Galaxy Note 10 is slated for a launch on August 7th.

Previous Motorola One Action is a step closer, as it clears NBTC