Huawei Developers Conference will take place from August 9 – 11, 2019 at the back slope village of Songshan Lake. According to the Huawei Developer Alliance website, Huawei EMUI 10.0 will meet with us at the Dongguan Basketball Center from 3:20 to 4 pm on August 9th. The event will be directed by Wang Chenglu, President of Huawei Consumer Business Software. 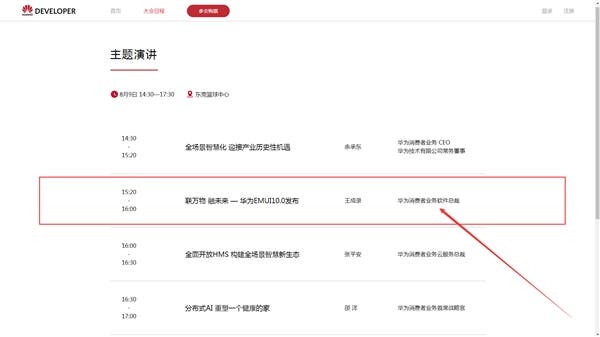 At present, there are few details about EMUI 10.0. According to past practice, Huawei EMUI 10.0 should be based on Android Q depth customization. Since last year, Huawei has been integrating several important technologies into EMUI. These include the GPU Turbo, Ark compiler, and super file system (EROFS).

According to the official introduction, the Ark compiler changes the compilation mode of the Android system. It replaces the dynamic compilation with high resource consumption and efficient static compilation. This improves the system fluency by 24% while the system response performance increases by 44%. The new super file system EROFS increases the random read speed by an average of 20%. It quickly responds to your control. The compression method gives you extra space to store 1000+ images or 500+ music. All in all, EMUI 10 is worth looking forward to. We already know that Huawei’s flagship series will get this update first before others will follow.