Yesterday, Huawei announced the commencement of Huawei nova 5 pre-sale. The deposit for this smartphone is between 50 -100 yuan and the final price is 2,749 yuan. It is available in three colours which include bright black, mild purple and forest green. The Huawei nova 5 uses the Kirin 810 chip, which is the world’s fourth SoC that uses the 7nm process. As of now, Huawei is the only manufacturer with two 7nm smartphone chips. 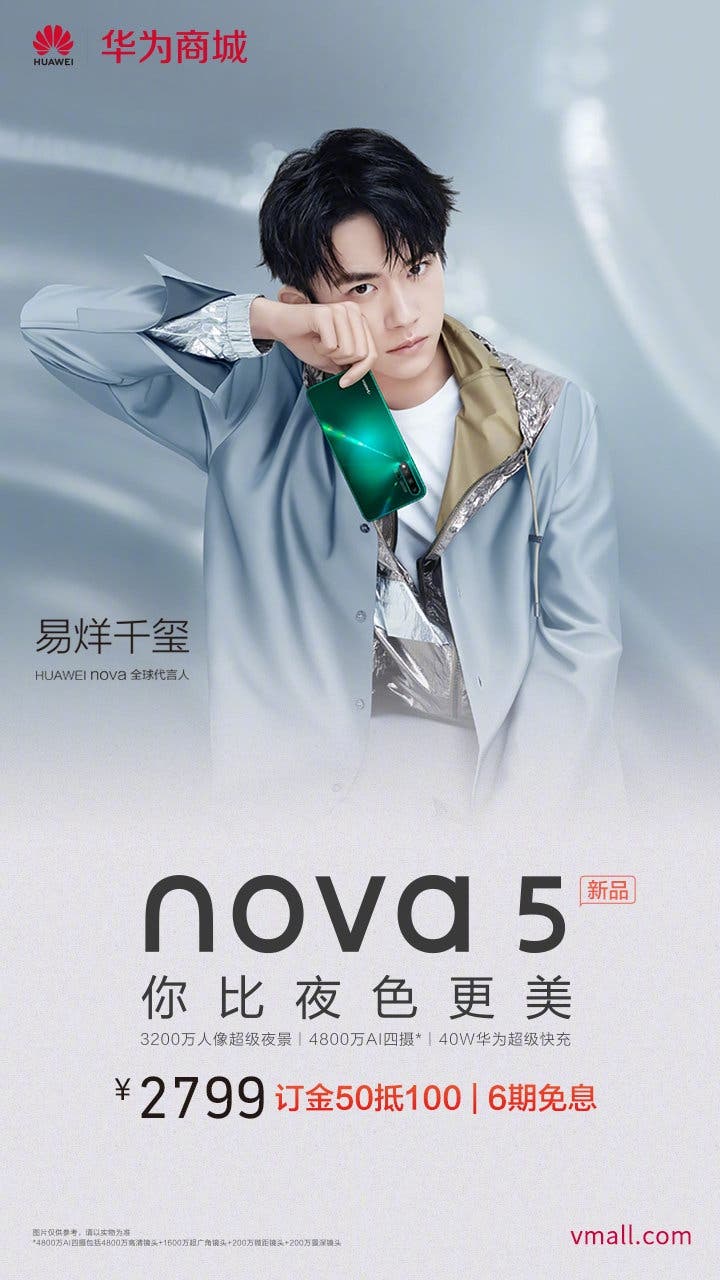 According to the official introduction, it adopts the new Huawei DaVinci architecture NPU. Its AI capability ​​runs up to 32,280 points. The Kirin 810 uses two high-performance large core (Cortex A76) + six energy-efficient small core combination (Cortex A55). The CPU clocks at 2.27GHz and this chip use a Mali-G52 GPU.

The nova 5 comes with a 6.39-inch display with a resolution of 2340 × 1080. It also comes with 8GB of RAM and 128GB of internal storage. In the camera department, it has a 32MP camera on the front. On the rear, it comes with a quad rear camera setup which includes 48MP ultra clear + 16MP wide angle + 2MP macro + 2MP depth of field sensors. A 3500 mAh battery is available for power. In addition, Huawei nova 5 is equipped with GPU Turbo technology. The upgraded GPU Turbo adapts 60 mainstream games to deeply optimize game performance, reduce game power consumption, and bring stable high frame rate and hearty game experience. The touch response is more responsive and the game control is smooth.

Next Huang Zhang: Meizu 5G phone will be launched next year