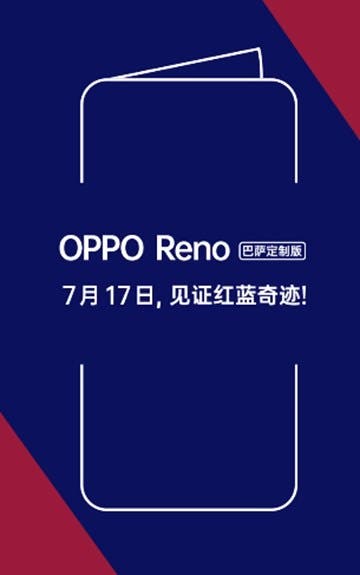 OPPO Reno 10x zoom Barcelona custom version uses a 6.6-inch panoramic screen. It also comes with a light-sensitive on-screen fingerprint sensor. On the rear, we have a 48MP triple camera setup while the main lens supports optical image stabilization (OIS). It is powered with a Qualcomm Snapdragon 855 processor and a built-in 4065mAh battery keeps the lights on.

On the announcement note for this device, the company said “Blue is to control the calmness of the audience, red is a heart-wrenching enthusiasm. On July 17, with the custom version of Reno Barcelona, you will ​​witness the red and blue miracle.”. We do not expect anything out of the ordinary. Just a redesign of the body of this smartphone would be enough.