The VIVO S1 so launched in Indonesia, however, differs slightly from the version in its home market. Notably, the VIVO S1 launched in Indonesia drops the pop-up selfie camera and the Helio P70 SoC for a water-drop notch, and one of Mediatek’s latest SoC. And unlike the Chinese variant with a rear fingerprint scanner, the Indonesian variant gets an in-screen fingerprint sensor.

The device is already available for pre-order in the country in Cosmic Green and Skyline Blue color option. VIVO begins shipping on July 23rd and is priced at 3599000 Indonesian Rupiah/$258. Outside of Indonesia, the same VIVO S1 with the  MediaTek Helio P65 12nm SoC is expected to launch in several other markets, with the Indian launched tipped for sometime in August.

The S1 is fronted by a 6.39-inch Full HD+ Super AMOLED display with a water-drop notch, and an in-display scanner which VIVO calls the screen touch ID. In addition, the device boasts of about 90% screen-to-body ratio, and under its hood is the  MediaTek Helio P65 12nm SoC with 4GB of RAM, and 128GB of expandable storage. 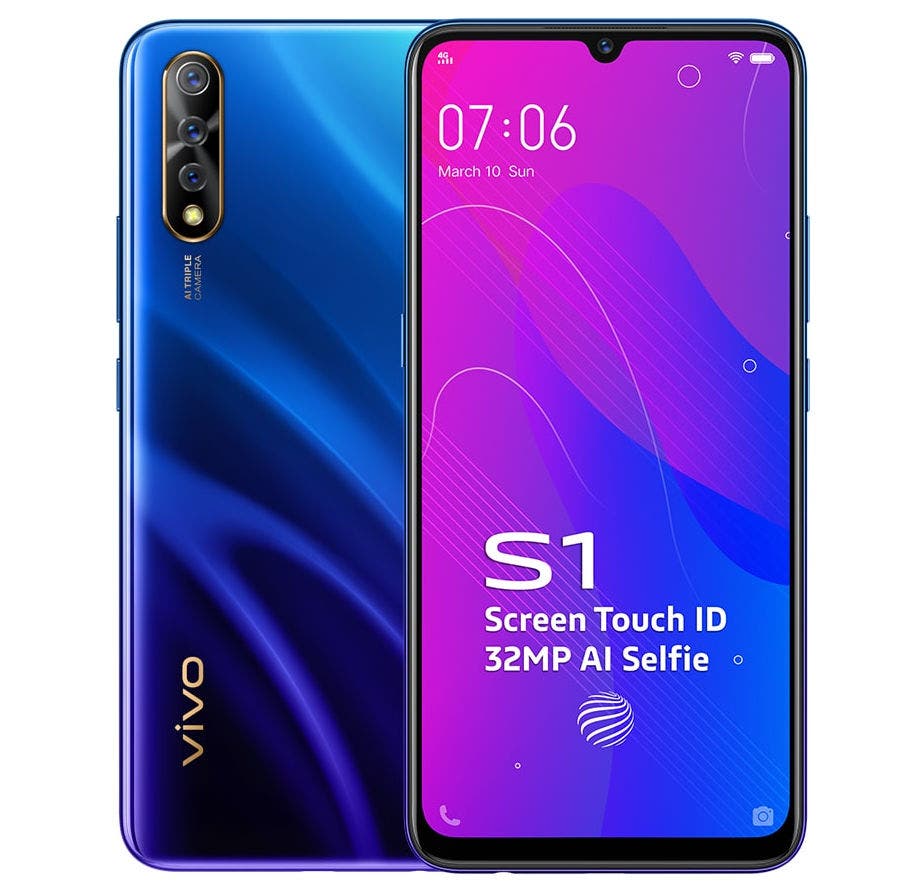 On the photographic front, the VIVOS1 has a 32-megapixel  snapper inside the screen notch, while it gets a 16MP primary sensor with f/1.78 aperture+ 8MP ultrawide sensor and a 2MP depth sensor. Finally, it is powered by a more capable 4500mAh battery with support for Vivo’s fast charging.