Sony took advantage of the MWC in February to present its flagship of 2019, the Xperia 1. Alongside two new mid-range models, the Sony Xperia 10 and 10 Plus. Since then, and as usual, rumors about its upcoming releases have not stopped happening.

In May, we met the new Xperia Ace, a 5-inch phone that is only available in Japan. The ones that will reach the rest of the markets are the Xperia 20. Whose features and renders have already been filtered. Now, in addition, it seems that the Japanese company is also working on a new high-end model. It could incorporate the first 5K screen on the market.

Record resolution on a mobile screen 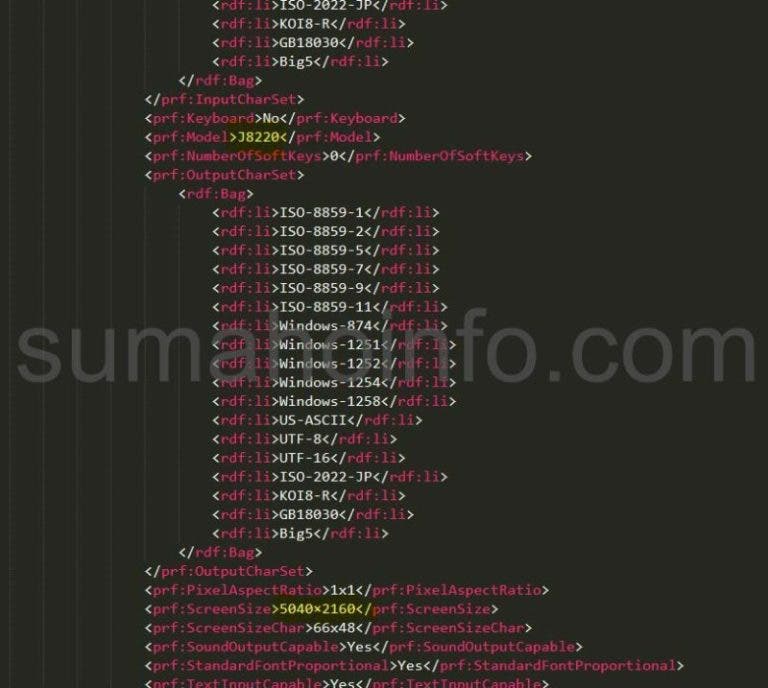 When it was introduced in February. The Sony Xperia 1 became the world’s first smartphone with an OLED display of 21:9 aspect ratio and 4K resolution. But it seems that that is not enough for the company. According to the information obtained by Sumahoinfo. Sony is working on a new phone nicknamed as Xperia 1R with support for 5K resolution.

The information comes from UA Prof (some XML files that contain technical specifications and can be extracted on the websites of the manufacturers) belonging to a new smartphone with model number Sony J8220. As we see in the image, this terminal, dubbed Xperia 1R, supports a screen resolution of 5,040 x 2,160 pixels, which is a big jump compared to that offered by the Xperia 1 (3,840 x 1,664 pixels).

If confirmed, we would be talking about a new screen resolution record for a mobile phone. We do not know more details of this new terminal, but, following the strategy of recent years, we would not be surprised if Sony announced it at IFA and went on sale a few months later. As for its commercial name, although it has the code name Xperia 1R, it could be the new flagship of the company, that is, the Xperia 2. But there is no confirmation in this regard.

Previous Apple iPhone 12 (2020) Will Be Packed With ToF Camera