Since the smartphone industry has moved to the full-screen era, various manufacturers have begun thinking about making genuine full-screen smartphones. This is also true for Apple. Former Apple’s chief design officer Jonathan Ive also said that he hopes to see an iPhone that looks like a piece of glass. But almost all major innovations coming our way from China. And not accidentally, the first true full-screen smartphone came our way from VIVO. Later, the APEX concept phone was refined and became the NEX. Seems the latter will have a successor. Today, we got some news concerning the VIVO NEX 2. 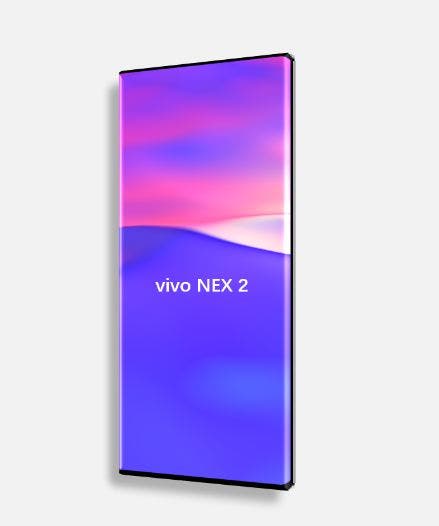 Recently, Ice Universe published a rendering of the so-called VIVO NEX 2 on Twitter. From the photo, we can see the phone uses a curved screen design. The body has no side borders or buttons. And the chin of the device is extremely narrow. Since the VIVO NEX uses a pop-up front camera, it is expected that the same design will be used in the VIVO NEX 2 as well.

Nearly 100% full-screen + button-less design – will this be the standard for the next generation of full-screen smartphones?

However, according to some sources, Samsung canceled a project called Full-Display 2.0. The project team has been working on a full-screen phone without any buttons, holes or cuts. Coincidentally, this is exactly what VIVO is aiming for. However, not everything is as simple as you may think. In the past, Meizu tried something like that with its ZERO concept model. But the latter failed, not gathering the required amount of money on fundraising. But when it comes to VIVO, everything can change. And there is every reason to think VIVO could succeed in the fields where the top manufacturers like Apple and Samsung don’t.

Next Sony applies for a flexible screen patent