Xiaomi backed Redmi is about ushering us into the next realm in mobile photography with the first-ever smartphone with a 64MP camera. The Chinse firm first revealed it has such a device in the works earlier yesterday. And now, we have the first solid information about the device.

Historically, any Redmi phone launch is preceded by a ton of leaks and teasers. And it appears the brand has just kicked started the 64MP Redmi phone teasers. 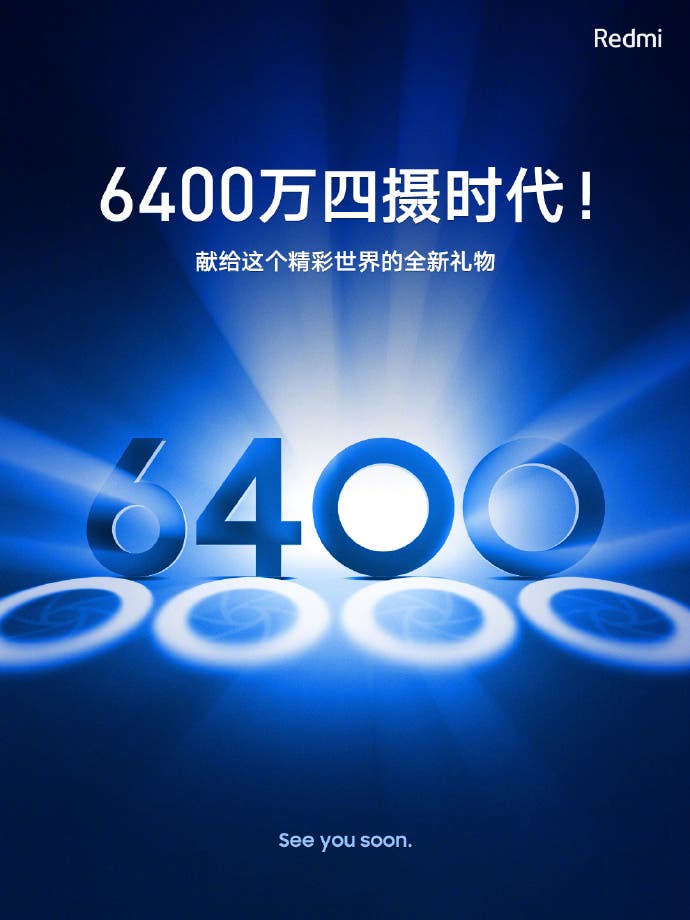 Much like what Realme has in the making, the Xiaomi backed brand in a Weibo post today released a teaser poster that reveals that the said Redmi phone will come fitted with a Quad camera setup.  Of the four cameras, the main camera will bear a 64MP sensor. Sadly, the brand didn’t share details about the camera. But it did reveal that a single image will be of around 20MB in size. And what is more,  the resolution could go well above 8K TVs making it the highest ever for a smartphone ever made.

The exact name/ identity or even render of the 64MP Camera Redmi phone isn’t yet in the open. However, Redmi General Manager Lu Weibing has asked fans to guess the likely name of the upcoming device. He will be giving away the Mi Band 4 NFC version to the first 10 winners.

Next Xiaomi kicks off Mi Fifth Anniversary Sale in India