Motorola has announced the Moto E6 today as a new low-end offering for the North American market. The handset is the usual Moto E-series recipe. A budget smartphone, with new design, outdated processor and removable battery. 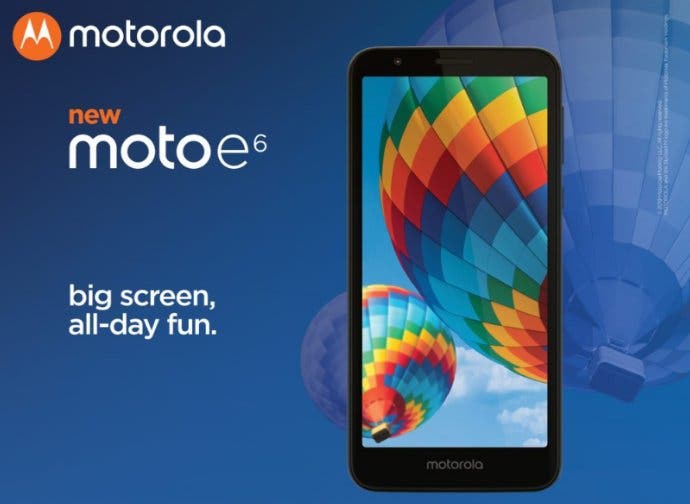 The Moto E6 isn’t a groundbreaking smartphone when it comes to design. It will resemble any smartphone from two to three years ago with its 5.5-inch HD+ Max Vision display surrounded by thick bezels. In the front, the handset brings the “Motorola” branding at the bottom part. Moving to the top, there’s a 5MP selfie snapper. The Moto E6 ditches the front-facing LED for a Screen Flash feature.

The main differences between Moto E6 and its predecessors can be noticed on the rear of the handset. Instead, the camera now sits at the top left corner of the phone. The usual Motorola’s circular housing for the camera is gone. The setup is composed by a single 13MP sensor with an f/2.0 aperture and a 1.12µm pixel size. Furthermore, it boasts PDAF and there is a LED flash to help in darker environments. Although we assume that you’re not expecting to see stunning pictures in the night from this handset.

The Moto E6 comes with an outdated chipset and lacks a fingerprint scanner.

The Moto E6 boasts the aging Snapdragon 435 paired with 2GB of RAM and 16GB of Internal Storage. The chipset might be a little underwhelming since it debuted back in 2016 and is made under the 28nm node. It is miles behind current Speaking about power efficiency, the 4,000mAh from the previous model was reduced to 3,000mAh. Users will have a smaller battery and far from the efficient chipset. Motorola could have opted for the Snapdragon 429 or even the MediaTek’s Helio P22 which are better than this 2016’s SoC. 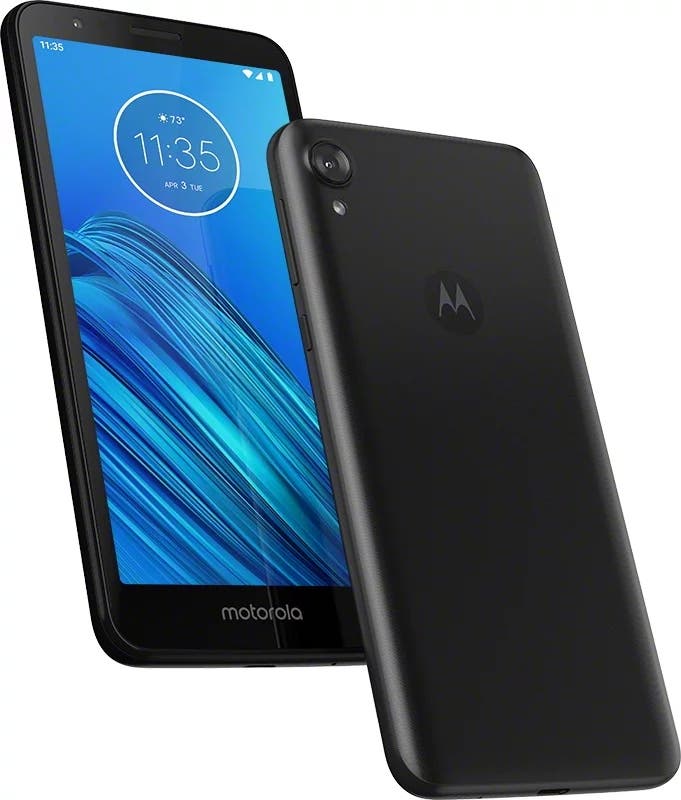 The battery is removable and charges via a MicroUSB port with just 5W charging rate. If you think this capacity isn’t enough, you can buy a secondary battery and charge it via an external power charger. Something that is far from being practical. Furthermore, the Moto E6 comes with P2i water-repellent nano-coating, an audio jack, dual-band Wi-Fi, Bluetooth 4.2, and GPS. Thankfully, it doesn’t ship with an outdated version of Android Go and Android Pie is running the show.

Motorola’s Moto E6 retails for $149.99 and is only available in the US for now. Of course, the handset will be released in more markets in the future.

Next Large discounts for Ulefone Armor series on AliExpress