When Xiaomi announced the POCO F1 smartphone, it was the cheapest model powered by the Snapdragon 845. This helped the new brand win customers’ hearts and become very popular. At the beginning of this year, Redmi became an independent brand. For ages, it’s been thought Redmi-line smartphones are the best in terms of price over performance ratio. But the Redmi K20 series was priced at a way higher pricing. So many analysts have been thinking the company will discontinue this brand in favor of Redmi. But there was an interesting article claiming Xiaomi needs POCO more than ever. Till today, we haven’t know what Xiaomi will do with this brand. Today, the photo of a protective film of the alleged Xiaomi POCO F2 was leaked. So there is every reason to think the next-gen POCO phone is on the way. 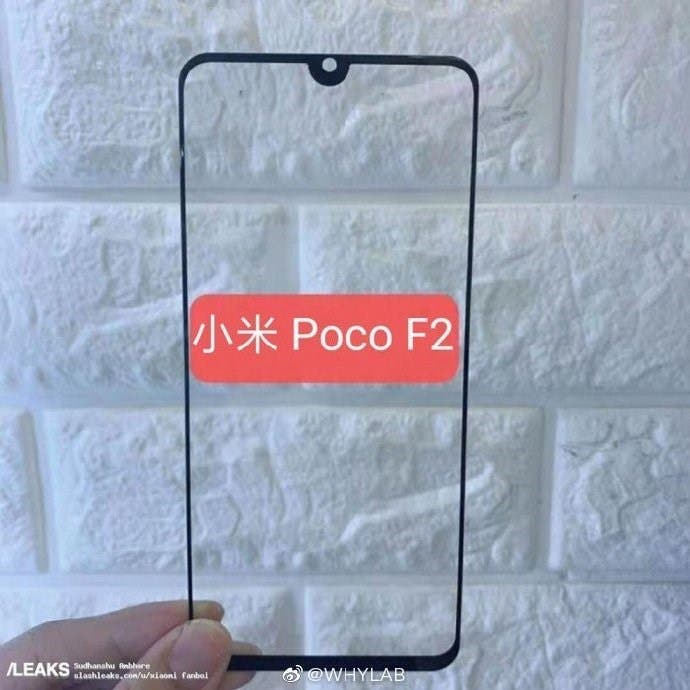 The leaked photo shows the alleged Xiaomi POCO F2 will use a drop screen design. Apart from this, the phone has appeared on GeekBench. The website information shows that it is equipped with a 6GB RAM, Snapdragon 845 processor, and run on Android 8.1. As a result, it scores 2473 and 8633 in the single-core and multi-core tests, respectively. 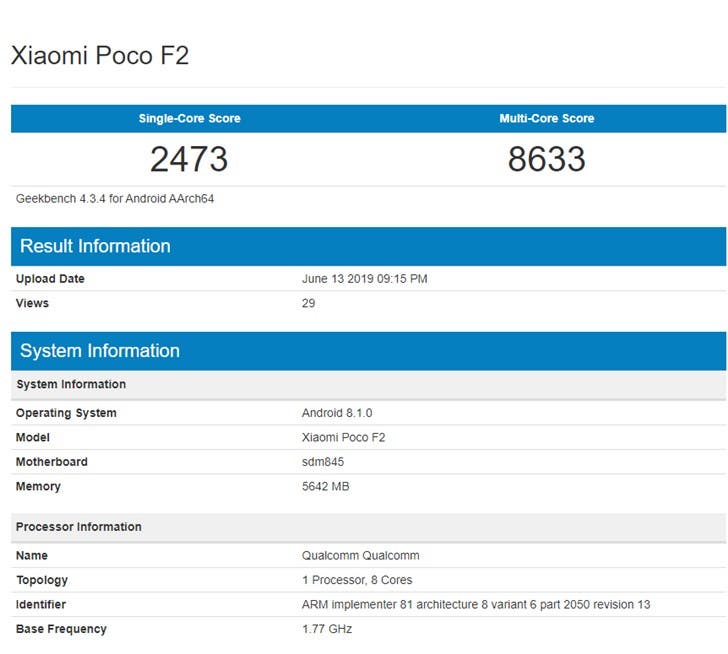 Honestly, if this is the upcoming Xiaomi POCO F2, it’s better not to come. The first generation handset was packed with the same chip. Due to the low pricing, it could conquer the world. But now it’s the era of Snapdragon 855 series chips. So everyone is waiting for the upgraded hardware and not another screen design. As a reminder, the first-gen handset uses a notch screen.

Moreover, the first POCO F1 was running on Android 8.1. So why Xiaomi is not going to put Android 9 on the POCO F2?