Two new Vivo handsets with close model numbers have been spotted on Geekbench today. The models Vivo 1916 and 1918 both look like midrange handsets from the looks of the listing. 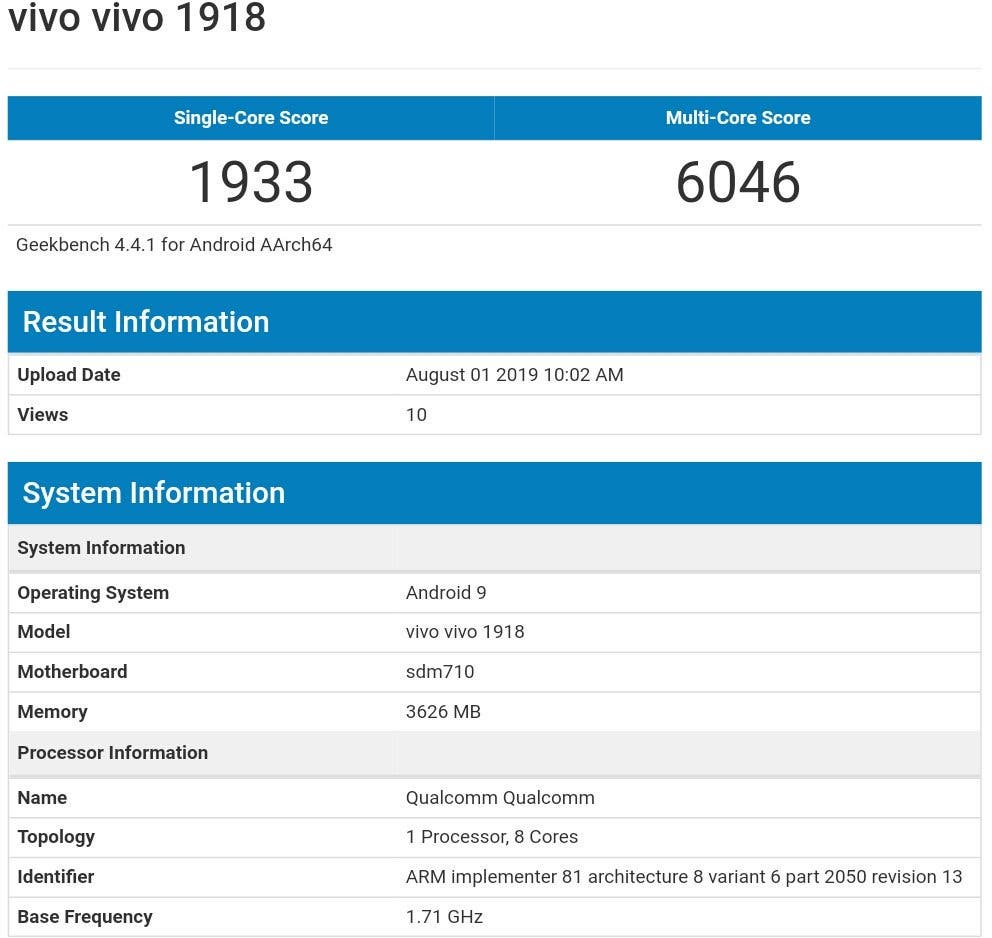 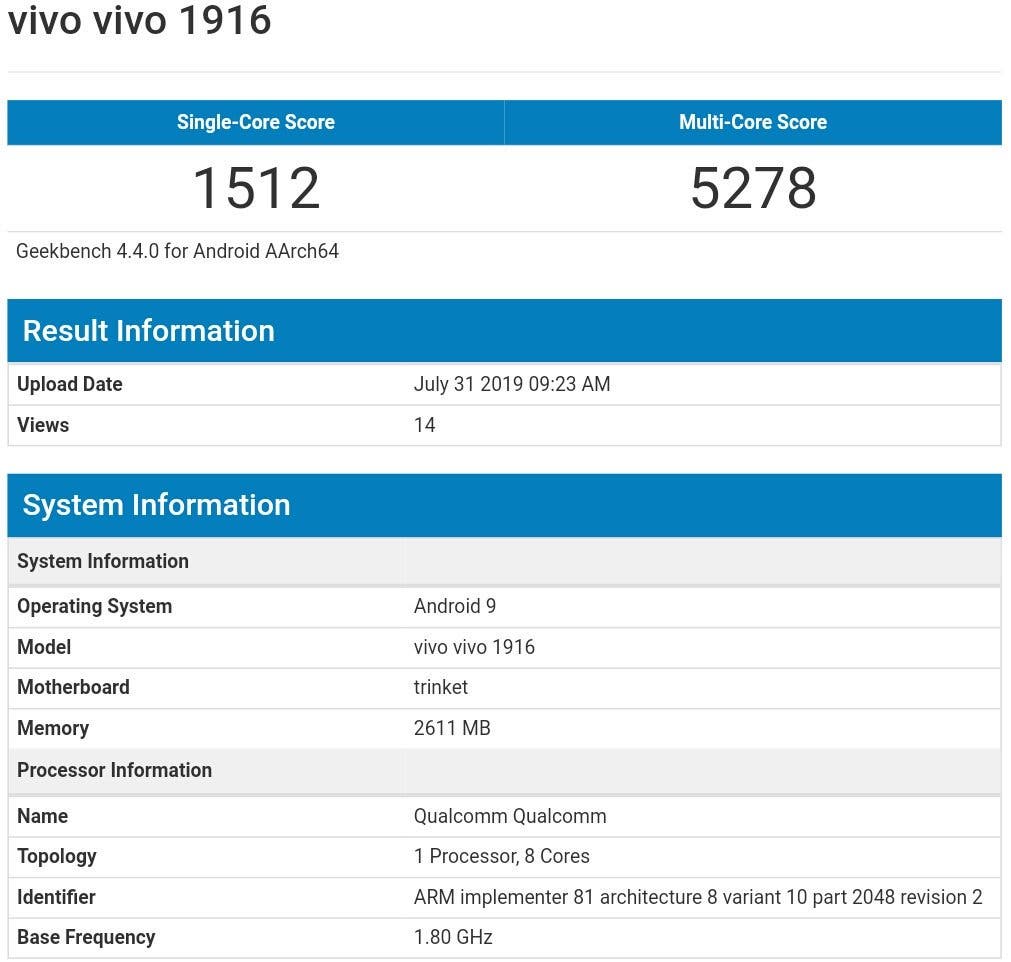 On the other hand, the Vivo 1916 looks like a strange model. In place of its motherboard is written “trinket” which was seen on the Mi CC93 listing. This leads us to say that it will be powered by a Snapdragon 665 SoC. On the other hand, there was a Vivo handset seen on the CCC terminal with a very close model number – V1916A – which has 5G. It’s quite possible that these two models are completely unrelated in which case it is possible that the Vivo 1916 has a Snapdragon 665.

Vivo already has a slew of devices in the mid-range segment including the Vivo Z5x that also has the Snapdragon 710 SoC. This model could be a toned-down version of it. Vivo also has a Snapdragon 675 SoC phone in the mould of the Vivo S1 Pro but the Snapdragon 665 is not on any of its handsets yet.

Next Samsung Exynos 9630 under development, could power Galaxy A51