Today, Chinese manufacturing giant, Xiaomi, announced that it will hold the “Xiaomi Images of the Future” communication conference on August 7th. According to the company, it will talk about the future of imaging in the smartphone industry. Recall that Redmi recently released some images with a 64MP sensor. The sub-brand of Xiaomi claims that the mobile industry is now in the 64MP era. This fuels speculation that the company will showcase its new 64MP capability in this conference. 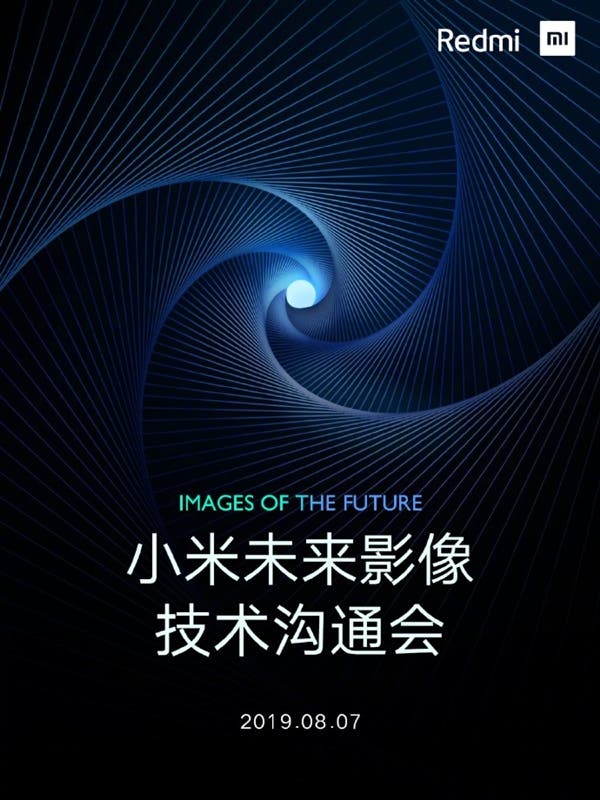 In addition, Xiaomi also has a periscope lens patent. According to the patent abstract, the light entrance of the Xiaomi periscope auxiliary lens aligns with the light exit of the main lens. Therefore, the periscope auxiliary lens can achieve different zoom magnifications without an increase in the thickness of the main lens. In summary, the Xiaomi image communication conference may announce more details of the 64MP and periscope lens.

Furthermore, Lu Weibing, general manager of the Redmi brand recently confirmed the existence of the Redmi Note 8. According to him, the Redmi Note 8 is much stronger. This suggests that it will come with some new features and the 64MP sensor/periscope lens could be there. As for the release date of the Note 8, the speculations, for now, points to August. However, there is official confirmation.

Previous Verizon CEO: Next year's 5G network will cover half of the US population