Huawei recently announced that it ill hold the Huawei Developers Conference from August 9th to August 11th. According to the company, the Huawei EMUI 10 will be officially unveiled at this conference. According to an official poster, this system will arrive on the first day of the conference which is August 9th. 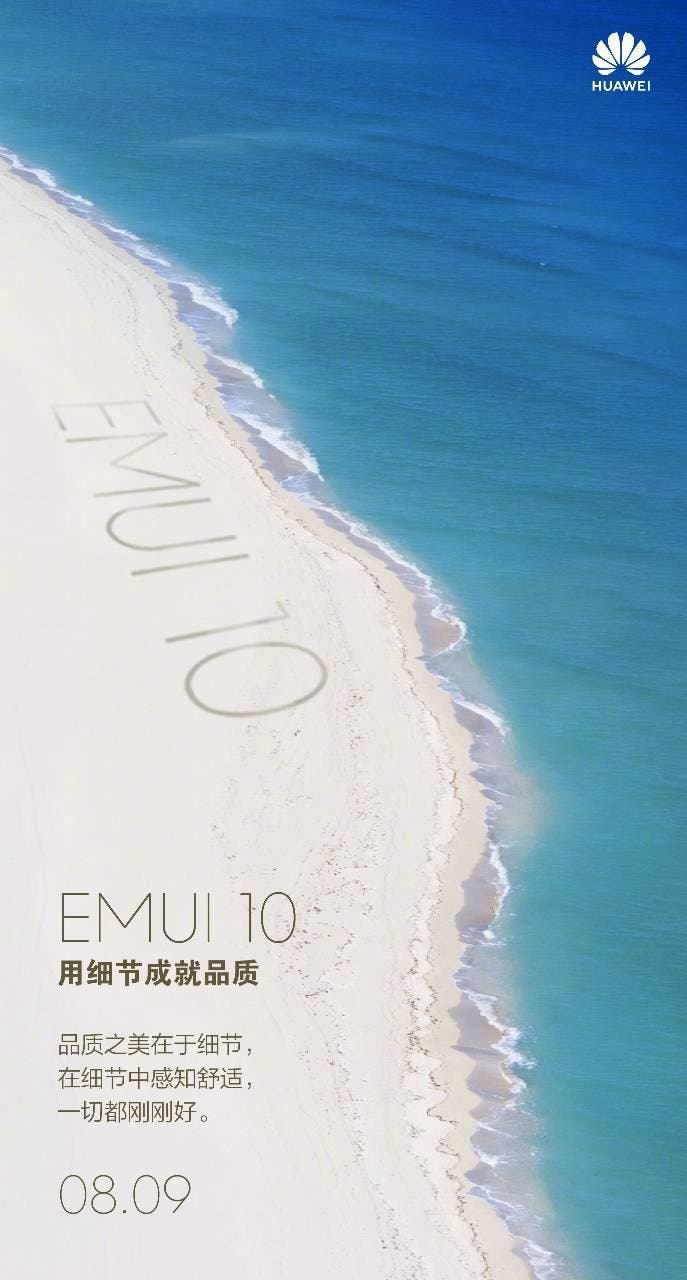 Huawei EMUI official said that the development of smartphones from basic communication to entertainment and social assistance to intelligent assistants witnessed massive changes. People now basically live their lives with these features. However, the variety of terminals makes users unable to enjoy the best cross-terminal experience. Huawei EMUI 10 seeks to solve this problem, at least for Huawei users.

According to the company, Huawei EMUI 10 will break the terminal boundary and allow a seamless flow between devices. Wang Chengdu, president of Huawei’s consumer BG software department, said: “we will reveal this mysterious technology at the Huawei Developer Conference”.

At present, the exact details of EMUI 10 are very few. However, the EMUI 10 is based on Android 10 deep customization. Considering that the official version of Android 10 has not been released, EMUI 10 may take a while to launch. This system will come with technologies such as GPU Turbo, EROFS super file system, and Ark compiler.

Next LG dual-screen flagship smartphone to arrive at IFA 2019