Earlier today, LG, announced that it will hold a new product launch conference at IFA 2019 on September 6. As regards the content of the conference, LG did not make it public. Nevertheless, the trailer gave a clue to what we could expect at the conference. According to speculations, LG could possibly release a dual-screen phone. Normally, LG will update the V-series flagship in the second half of the year. It is believed that the LG dual-screen flagship smartphone is its new flagship LG V60 ThinQ.

Previously at MWC 2019, LG introduced the V50 ThinQ and created an exclusive accessory for it. The accessory comes with a display that acts as a Bluetooth handle or as a second screen, similar to the ZTE AXON M. It is speculated that LG V60 ThinQ may adopt a dual-screen solution and develop multiple interactive modes. In terms of size, both displays look the same which is better than its previous dual-screen smartphone whose secondary display comes with a smaller diagonal and thicker bezels. 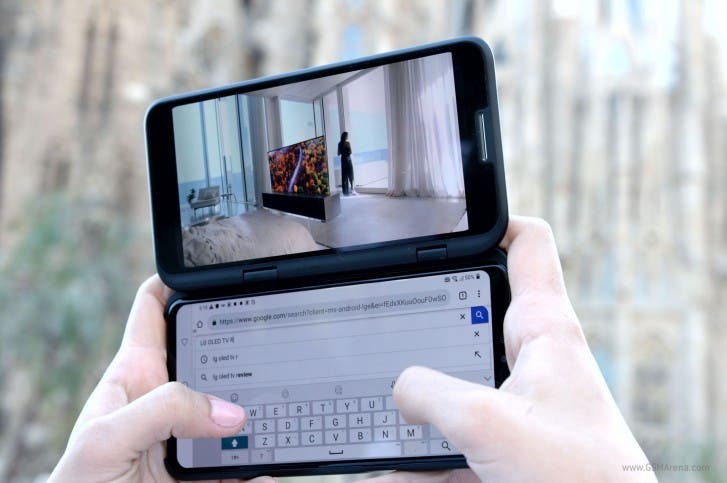 At present, the details of LG V60 ThinQ are still unknown. The LG dual-screen flagship smartphone is expected to be equipped with Snapdragon 855+ (could be Snapdragon 855) and will have at least three cameras at the back. It should also support dustproof and waterproof.