Oppo spin-off Realme will officially present its first smartphone with a 64MP camera sensor – the Realme 5 at a launch event tomorrow.  But that is for the Indian market, as the company had earlier confirmed that the device will launch first in India before heading to other markets. 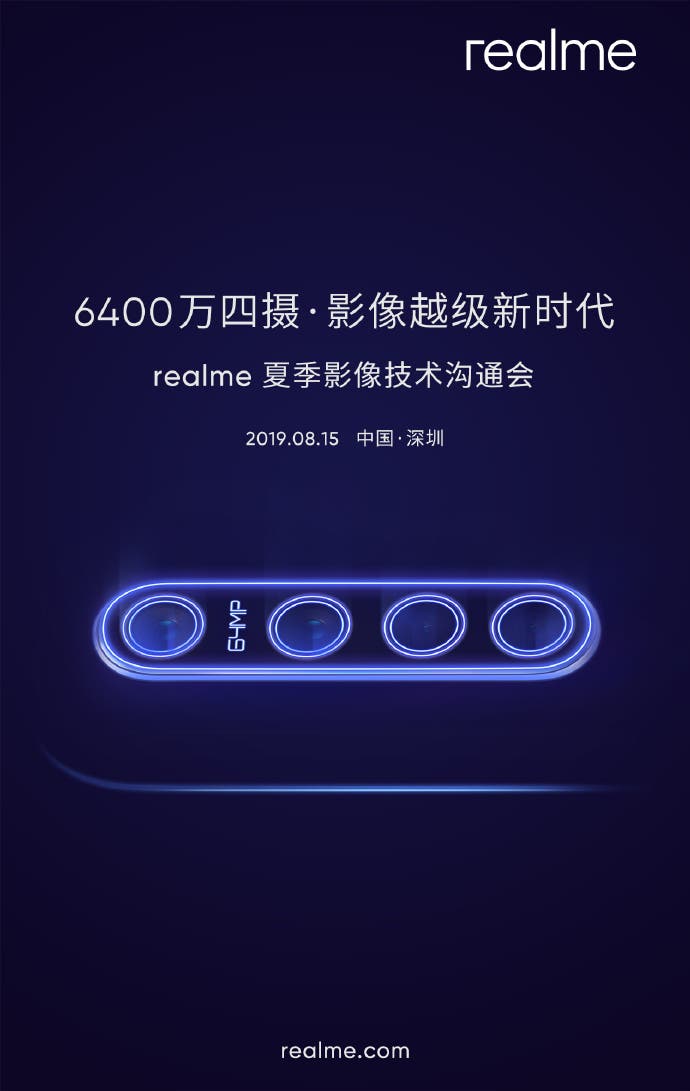 However, the announcement post again reiterates that the device will come fitted with a Quad camera sensors at the back. The camera details at this moment remain a mystery, though the primary camera sensor could be a 64MP sensor, which perhaps could be one of its highlights. The sensor is rumored to be the recently unveiled Samsung ISOCELL Bright GW1 sensor which uses Tetracell technology to merge data from four pixels into one, essentially resulting in 16MP 1.6 micron pixel snaps.

The Realme 5 or just the camera details?

And while we were a bit skeptical about whether the brand would actually be launching a smartphone fitted with the 64MP camera sensor, or simply detailing the setup that we could see on a future smartphone, a recent tweet from the company’s India head confirmed our doubt. Oh yes!  we expect to see the proper unveiling of the Realme 5 at the Indian event scheduled for tomorrow August 8.

The tweet reads, so stay tuned for more details on the Realme 5.

Just got hands on the world’s first 64MP quad camera device that will be revealed this Thursday. Check how crazy the clarity is! Btw we don’t believe in hype so this device will be the most practical choice at its price and it will be launched very soon. #StayTuned

Similarly, Xiaomi’s backed Redmi has an event tipped for today in India where it is tipped to launch its first 64MP camera smartphone, or just maybe details of what to expect. We do not have actual confirmation on thar, but all that should beome obvious in the coming hours.