We don’t know why, but Android manufacturers are still trying to launch high-end phones with curved screens. After several years with this technology in the market, we already know that they do not bring any real benefit in front of a flat-screen, except for a better front design. Beyond this, it makes the screen more expensive, creates unnecessary reflections with light and multimedia content is inevitably deformed with the curve. Despite this, the Huawei Mate 30 Pro will have an exaggerated curve on the sides of its screen.

A little over a week ago, Oppo showed us its “Waterfall” screen. A new evolution of the curved screens that takes them to the extreme, occupying the entire side of the phone, without leaving room for the physical buttons (which would have to be virtualized in some way). According to this latest screen leak of the Mate 30 Pro, its screen curvature would be similar to that of Oppo and in our opinion, nobody had asked for it or expected it.

The Mate 30 Pro will have a too pronounced screen curve

Innovation in phones is always fine as long as it is useful to the user. The curved screen was presented as a great revolution, but it has turned out to be merely aesthetic and without noticeable improvements over a flat screen. There are even manufacturers that launched a model with this feature and have not done it again, such as Xiaomi with its Mi Note 2. Huawei has also been implementing this feature to some of its high-end models for a couple of years.

The new leak of a screen protector for the Huawei Mate 30 Pro shows us the angle of curvature that the screen of the Huawei Mate 30 Pro will have. This curvature reaches almost an angle of 90º, so it would occupy almost the entire side, leaving almost no space for the volume and lock keys for example. Moreover, we saw yesterday that this terminal would have a third button that we still don’t have more details about. 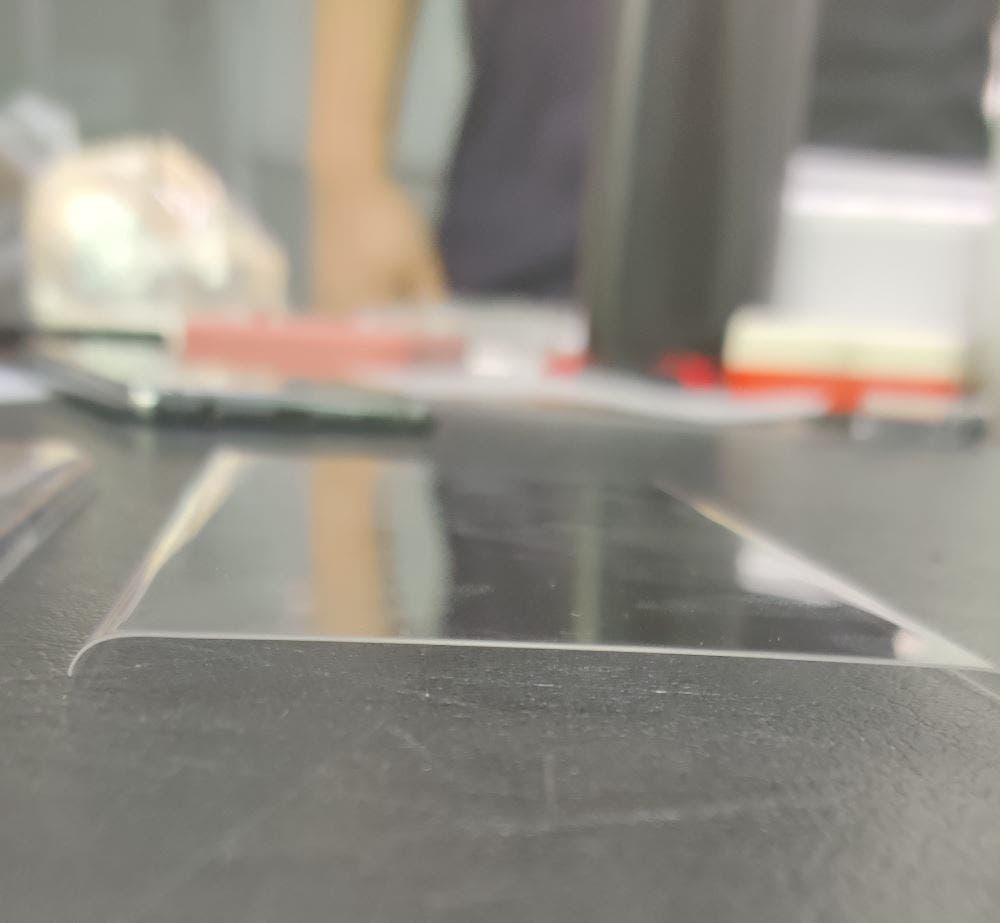 This curvature of the screen will be very well aesthetically. It will seem that the phone has no side frames, but to use, we do not see it at all comfortable. If we use the phone with one hand, it will cause involuntary touches. And while we play or watch some multimedia content on the screen of this Huawei Mate 30 Pro, it will open content that we will not see because of the inclination of this curvature. In this last year, we can say that we liked the flat screen of some high-end models (S10e, normal P30 or OnePlus 7).