It’s not a secret anymore that Samsung is planning to spread several S-upgrades for its devices. Both lineups are pretty successful among the markets where they are available. So, in order to keep up the heat for its mid-range devices, the company will introduce some incremental updates on these handsets. A new device appeared in GeekBench with an Exynos 7885 in tow. This particular SoC can be found in several mid-range 2018 models, so makes sense to see it on a low-end smartphone this year. The listing suggests that this will be the new Galaxy M10s handset. 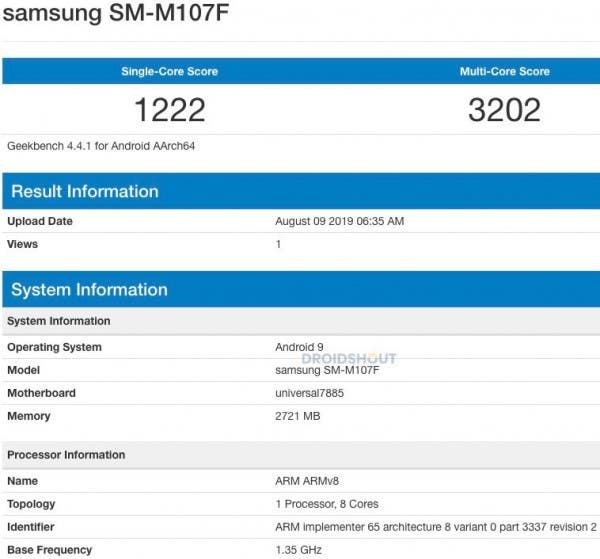 The listing reveals a handset with SM-M107F model number and it’s easy to assume that this is the upcoming Galaxy M10s. As the name suggests, it will be a revamped version of the original M10. Worth noting that Samsung is yet to give more details about the new S-upgrades. Now that the Galaxy Note 10 series has been released, we expect to see Samsung moving its focus to the other handsets inside its portfolio. 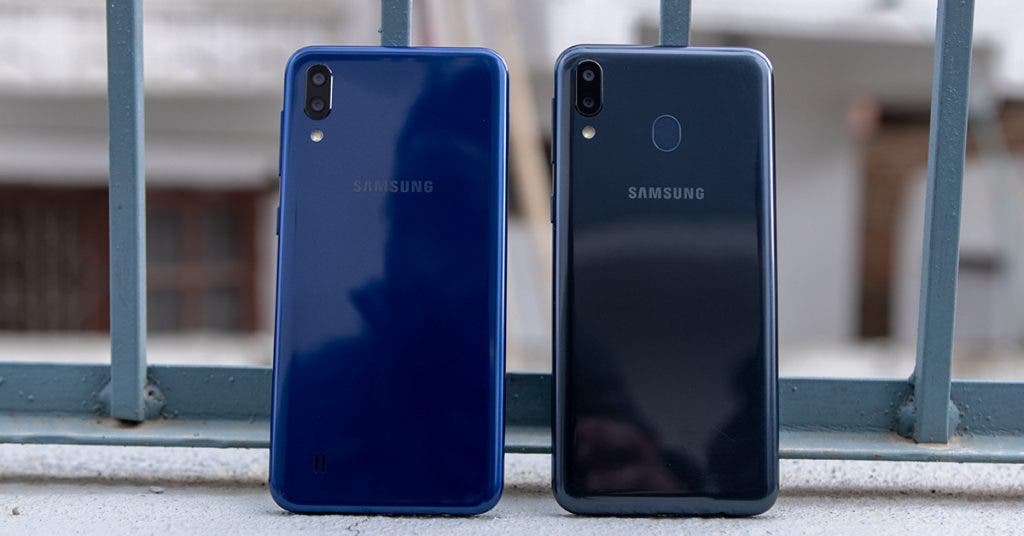 The new Galaxy M10S will ship with the Exynos 7885 and will be paired with 3GB of RAM. Samsung might make some incremental changes in the design, cameras and display. The handset will come with Android 9 Pie straight out the box. Unfortunately, by the time of the release, it will already be outdated since Android Q will already be available.

As aforementioned, there are no clues of when Samsung will announce this new handset. However, it shouldn’t take so long considering that the second season of smartphone launches as already started. We wouldn’t be surprised to see many of the new S-devices being released during IFA 2019.

Next Ulefone Note 7P Special Sale Kicks Off at $74.99 on AliExpress