Today, Xiaomi Mall launched the Mijia Air Purifier 3. Though there have been improvements, the price remains unchanged at 899 yuan ($127). The dimensions of the new purifier remain the same, but the CADR value is raised to 400m3/h, and PM2.5 purification capacity increased by 29%. 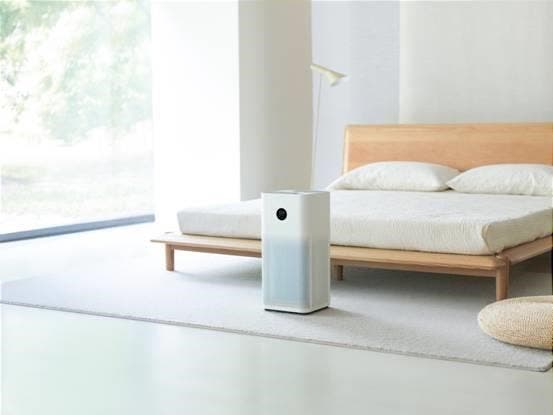 The Xiaomi Air Purifier 3 was also jointly developed by Mijia and SmartMi Technology. And the further iterative optimization was carried out on the basis of previous generation products. The Mijia Air Purifier 3 continues the circular OLED display screen design of the previous generation, which can provide indoor air data (temperature, humidity, real-time PM2.5 value), operating status, network connection status, and other information. The difference is that this version integrates the buttons on the top of the fuselage into the OLED display. The buttons are surrounded by three-color convertible light rings that reflect the indoor air quality.

When comparing with the previous generation, the air system of Mijia’s Air Purifier 3 has been redesigned to output more air volume without changing the volume of the fuselage. It can deliver 6660L of clean air per minute. Xiaomi said that this is already the same as the limit of volumetric tower purification capacity.

The optimization of the air duct system also increased the CADR value of the particulate matter by 29% to 400m3/h. The applicable area reaches 11m2 and the maximum is 48m2.

Although the performance has been improved, the operating noise and power of the Mijia Air Purifier 3 are at the acceptable range and don’t change. The running noise is as low as 32.1dB (A), and the maximum operating power is only 38W.

Of course, you can use Mijia app and Xiaoai AI voice control system to control this air purifier.

This purifier will go on sale on August 16.